It was a warm summer day in Cardiff. It was ” The Golden Pocket Day”, a special day when people of Cardiff celebrate all the treasures in their lives, like their homes, families and friendship. They celebrate it every 50 years. The Mayor keeps the tradition to organize a treasure hunt for all ages: children, teenagers, adults and elderly people.

Let’s introduce the main characters Lucy and Geronimo. They are brother and sister and they are getting ready for the treasure hunt. To be prepared, they have taken their binoculars and a bag full of snacks mother gave them. The starting point of the treasure hunt is, as 50 years ago, in front of an old castle on a small monticule.

Lucy and Geronimo are very excited because they have never participated in the competition before. Mother drove them to the castle and gave them a good luck kiss. Lots of people gathered and they got a bit scared. The treasure hunt began with a loud boom from an old cannon. The first clue was written like a rhyme "To the forest of owls go it takes, where your next clue awaits!" So everybody started running.

There was a weird man wearing a white overall, green gloves and strange glasses. He was running really fast, much faster than Lucy and Geronimo. Suddenly, he took the wrong direction and a few minutes later nobody saw him. He hurried to his laboratory, hidden behind a hill.

This man, a scientist, really wanted to win, so he decided to cheat. While everybody was running, he used his red car to find the next clue. It was hidden in a wooden box. He replaced it with the map he had made. Happy, he drove back to his laboratory. But on the way back, because of a bumpy road, the map with the real clue accidentally dropped out of the car.

Everybody found the fake map and followed its instructions except Lucy and Geronimo. They found the real map  and the clue said: "Hills are high, there you need to be, there the next clue you will see". So they kept going singing happily.

The mad scientist saw all this from the laboratory using his telescope. A few months ago he built a machine that can change weather, and now it was time to use it. When he pushed the button a heavy rain started. Lucy and Geronimo were trudging in the rain. Suddenly, they stopped. They couldn’t make a move because they got trapped in mud. They started screaming for help. Luckily, there was a brown bear passing by that heard them shouting. He pulled them out of the mud. They said: "Thank you for your help! “ And they became friends.  In the meantime, the rain had stopped and they carried on walking. Suddenly they heard someone crying. To their surprise they noticed a small squirrel. "Why are you crying?" they asked. His home was pulled down, because a new hotel called the White Wagtail was being built. They asked him to join them to look for the treasure. Thanks to the squirrel, they found the shortest way out of the forest.

It made the scientist very angry. This time he used the machine to make snow. Instead of being unhappy, they were delighted. They started dancing, singing and playing in the snow. To their surprise, a white rabbit came out of a hole and said: "Don’t be so loud, I’m trying to sleep here!" When he saw the snow, he was happy too.

The silly scientist saw them playing happily and he changed the weather to sunny, and boiling hot. The snow was gone. As they were having fun, they forgot which way to go to reach the hill. The rabbit offered to show them the way and they went on again.

Geronimo picked up his binoculars and caught sight of the hill. They came closer to the hill and found the third clue. It was the same fake map, like in the forest. Lucy also found additional two copies of the same map. There was a trail of the copies. At its end they spotted a giant machine printing the copies.

They were very surprised when they noticed a man in  white overalls shouting: "No-one will win the competition except me!" He entered a weird-shaped building and they realized it was him who changed the clues and the weather. They decided to teach him a lesson. They entered the building. The man was holding the third clue in his right hand. He saw some shadows that looked like monsters and fainted.

They took the last clue which read: "In the castle your victory awaits". They quickly ran into the castle. They saw the treasure box full of toys, flags, masks, costumes and balls.

They shared it and they had a nice parade. All the people in costumes were singing and dancing in the town.

50 years later, Geronimo is looking through his photo album. The photos are from his first Golden Pocket Day. He is looking out of the window now. His grandchildren are competing and laughing. They have brought some memories back. They made him feel 50 years younger! 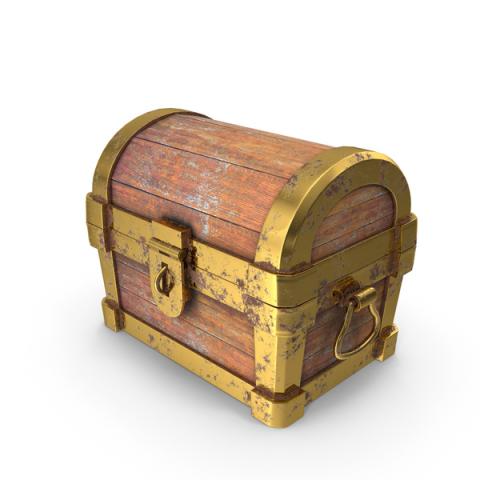