Children under the mask

Hi, my name is Thomas Cooper, but you can call me Tom. At this moment I'm looking for my album. Oh, there it is. This album is very important to me because it`s full of pictures from my early childhood. When I was little I used to live in a big yellow house. This is a picture of my favourite toy, a ball that I still have. If you want I`ll tell you why it means so much to me. This ball was a gift from my father, but you`re wrong if you think he bought it for me. The truth is that he found it. But where and how? I`ll tell you the story he told me. When my dad was a little boy, he used to live in the same house and play in the same forest as me when I was his age. It was a beautiful forest, but one day it just disappeared. The only thing you could see were stumps. All the animals were scared and sad except a squirrel, a rabbit and a bear. One day they suddenly appeared in front of my dad and his sister while they were walking down the forest. My dad said that they were very frightened, but after the animals realized that they would not hurt them, they became friends. The animals told them about the forest and how they had found a map, but they didn`t know what it was for. After a while they realised their position on the map¬¬ they were in the west side of the stumps drawn on the map. They decided to go to the red x because they thought they would find something that might help them protect the trees. They started an adventure. At first they walked a lot, but all they could see were stumps. At one moment my dad looked through binoculars and he saw a little house. They were happy because they were really tired. They searched the whole house and found a huge chest. When they opened it they saw a lot of masks, one little piece of paper and a ball. Yes, the ball my dad gave me. Although this is the end of the story how he found the ball let me tell you what happened later. When they put the piece of a paper in the middle of the map they realized that they have to go to the castle. They dressed up in old costumes and continued to travel. It was getting dark but they did not give up. It took them a long time to come to the castle. When they finally came, they started to explore the castle. In one room they saw a scientist doing an experiment. They thought the ecological disaster was his fault so they decided to scare him by making a dragon of their clothes. As soon as they entered the room, the scientist begged them not to eat him. He told them that he would do everything if the dragon let him out his mouth. My dad told him that he would let him go if he said why the forest had been cut down and the scientist agreed to do that. He was completely shocked when he saw children under the mask. After a while they found out that the scientist`s brother, who loved to destroy everything around him, was guilty for the disaster. A scientist invented a bulb that would help regenerate the trees so they went to forest immediately. The scientist threw a light bulb on the ground and suddenly, the trees appeared in front of them. They were all thrilled, especially the animals which returned happily to their old homes. This was the story about my favourite ball and I hope you liked it. I truly believe in this story and I hope you believe in it too. 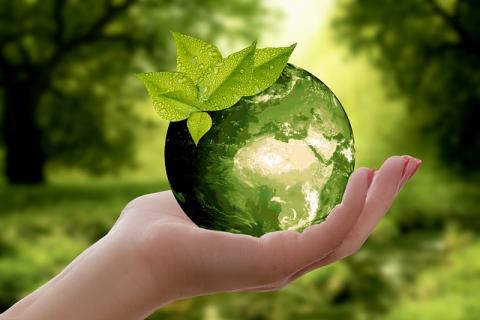