Adventure of a Lifetime

Once upon a time, there were two siblings.The boy was called Andy and the girl Anika. They had fun childhood and lots of adventures. But they will never forget one of those adventures... And what happened?

One afternoon they went to visit their grandmother. After lunch, they were bored. Anika had an idea to make up some imaginary friends. She brought to life a bear called Huggy. She called him Huggy because he was the best huger in the world. Andy has thought of a bunny named Fluffy. He was called Fluffy because his fur was softer and fluffier than a cloud. They wanted another friend, so they asked their grandmother for help. She came up with a squirrel called Luna. After that they felt entertained, but something was still missing.

Then the grandmother remembered that she had saved their old toys. She took them to the attic. There they saw a big box full of their old toys. They were full of joy! When they opened it, they immediately started to play with them. But then they found a toy that they have never seen before... It was a cube with some words on each side. Andy just threw it away and continued searching trough the box.

Some time later, they felt that the ground was moving, and they ran under the table. They both closed their eyes and waited for it to be over. But when they opened their eyes, they were not in the house any more. They were standing in the middle of the field surrounded with all kinds of flowers and trees. Next to Anika there was that cube, but the only thing that was written on it was "Talking animals and a scientist". They were in their world! They were very worried, and not sure how could they go back home.

Exploring was the next thing they did. Not so far away, on a tree, there was an arrow drawn pointing to the ground. It probably meant that they had to dig a hole in the ground. But Andy didn't know how they were going to dig a hole in the ground without any tools. Andy said: "I wish we had a shovel!" As soon as he said that, there was a shovel next to him. Andy started digging, and he found a bottle with a note inside. But hat wasn't a note. It was a map. On it, they could see: a castle, a train, mountains and all other things. The red X on the map showed where they were.

Then they saw a little fox- It was approaching them. It looked very sad, because she had lost her home, the forest. She continued walking with a disappointing face. When they climbed up the hill, there was something happening in the distance but they couldn't tell what it was. Anika said that a pair of binoculars would be helpful. Suddenly, there was a pair of binoculars in her hands. When Andy looked through it, he was shocked! He could see wood cutters destroying the forest. As soon as the machines stopped working, they ran to them. Surprisingly, no one came out of the machines. There was written on the window "Dr. Mutimir's machines". They were happy because there was another human. But the thing they didn't know was that Dr. Mutimir was a crazy scientist who destroyed the forest to make more machines. Machines polluted the air and the animals got sick.They quickly checked the map and went straight to the castle. The castle was very old, and scary. They knocked on the door. Dr. Mutimir opened the door. He looked surprised. He had white hair and a suit. There were glasses on his head and he wore green gloves. He invited them in. They asked him if he could stop destroying the forest. That sentence made him very angry. He yelled because no children would tell him what to do. "The only thing that will stop me is a fire-breathing dragon!" , said Dr. Mutimir and kicked them out.

For the next 10 minutes they were sitting until Luna had an idea. She said that they needed to dress up as a dragon to scare him. Everybody’s face lit up. They wished for the costumes, and in a second the costumes were in front of them. Andy was a dragon, Luna a thief, Huggy a pirate, Fluffy a knight and Anika was an Indian. The window on the castle was open, and they sneaked in. They could hear Mutimir talking to someone.They flashed a lamp on the wall, and climbed on each other.The shadow looked like a dragon. Dr. Mutimir saw that, and freaked out! In a deep voice Andy said : "If you don't go home, and leave the animals alone I will destroy your castle and your inventions!".

Dr. Mutimir was terrified.He promised to go home and to leave the animals alone. There was a train in front of his castle- It came every 5 minutes. He was gone with the next one!

Everybody was happy! All the animals were grateful.

But the kids still didn't know how would they go home. An owl flew to them. She said that whoever scares Mutimir away, she would help them go home. They only needed to take each other’s hands and say: "Home sweet home!" two times. After they said that, just after a few seconds, they were in the attic. They realized they were only gone for 5 minutes.

Years passed by. When Andy celebrated his seventieth birthday, he looked his old photos. On one of them, he was with his sister playing in grandma's attic. He remembered their adventure. It was the best day of his life! He was glad and thankful that he had an amazing childhood, and that he could tell all the stories to his grandchildren... 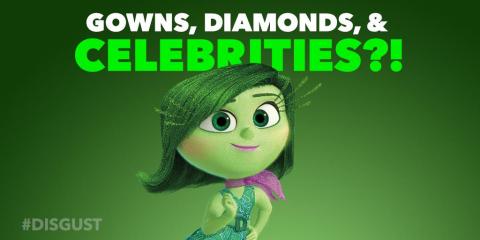