An OK piece of a thousand words

An OK piece of a thousand words
*BRRRRRRR*
Bagsi the fox: Whoa, what's going on?
*Bulldozer and yelling noises*
Bagsi then came to a hole in his home he liked to call his „dirtplace“, and the hole he came to was a hole he liked to call his „window“, even though he didn't have any foil or glass to cover it up so it was always cold. Unless it was a nice spring day, and in that case, it was enjoyable. In summer, however, it would be very, very hot, so unless it was a nice day; not enjoyable. Anyways, he came to his window and looked through it and saw bulldozers tearing his yard apart, a couple of people with hard yellow caps on, drinking beer and another man with a yellow cap that almost had connected eyebrows, all angry; yelling at his „workers“. To him that was sad, but what would happen next was more than sad to him.
-Oh, shh… DANG! Earthquake! – he said, while in the next second thinking „I've really started swearing in the past couple of days!“ He almost forgot about the „earthquake“ so his heart just started to calm down, but the next splitsecond, he sees a bit of his dirtplace just open and roll away. His dirtplace fell down and thus - became smaller. „I need to pack my sss…tuff quickly.“ In a second he packed his stuff up, quickly jumped out of the window and still expected the ground to shake, but… nothing? What he saw was, yes, you're right, bulldozers. There was a bulldozer just driving up to his dirtplace, but he wasn't looking at the bulldozer, rather at the dirtplace. All he saw the next splitsecond was a dirtball rolling down the hill as his tears hit the same material his home was made of.

-HUAHAHUEHEHE-…
If you were unlucky enough to hear that while walking in the forest at 9:23PM that night, then poor you. It wasn't a scream nor a laugh. It wasn't evil nor was it nice, but definetly not pleasant to hear.
Who made that screek? Well Nicola Tesla…'s fan…'s son's daughter's fan's son's son and fan Timbert. What he did here was something that was totally, completely an accident.
First he was experimenting with water, electricity and moisture and got a cloud with water coming out of it. The more rain came out of it, the smaller the cloud got. A lightbulb was rolling down and just stopped at the perfect moment (when the lightning from the cloud struck) and perfect position, just so the lightning hit sit excactly where electricity passes through for the lightbulb to turn on. So, as I said, total accident. The reason why he was screeking was because he managed to form a cloud with rain, and the reason why he stopped in the middle of it was because he got scared by the lightning that came out of the cloud and turned the bulb on.

-Would you look at that! – said Samantha – a lot of toys!
-I know, right?! – said Timbert
-Amazing. – said Funestoy the bear with a bad accent as he was just starting to learn English. One funny thing about this is that you couldn't be sure if it's an American, British or Australian accent, and if you asked him „In what accent are you trying to speak?“; he wouldn't understand the question.
-You consider that a lot? – said Didelidoorem the bunny – I've had more…
-Oh, come on it's a lot… - said Bagsi.
Wait, Bagsi? How did he get here?
Let's trace back a couple of steps…
So there he was, running as far as he can from those horrible bulldozers and found a different forest! With no bulldozers! He found 4 people playing there! Of course; Timbert, Samantha, Funestoy and Didelidoorem! Or shortly; Didel.
Funestoy was the first one to notice Bagsi and ask what happened, then he explained it to them.
…
-Oh my god, that's horrible! – yelled Samantha.

Tim and Sam told their parents about Bagsi and they were already getting bored with all of those animal friends but they said it's OK. Then they came back to the forest    and they were playing until they had to go home. Tim asked if he could be at Sam's house for some time and his mom answered he could so they all went to Sam's house and Sam invited them to the basement where they found a lot of toys.

They found some binoculars and decided to take them out and look through them because it's fun. Then they were thinking: „Lets dress up in costumes and then play with the toys“ so they did that. Sam noticed a crumpled piece of paper in the ground and picked it up.
-It's a map! – said Samantha
-Yeah. – Timbert agreed
They were in the forest and all they had to do was go over the rails and get to the red cross. And they did that but there was just an empty dug hole.

-It's working… It's working! Ha-ha-hAAA! – „said“ Timbert – something I've made is finally working!
-Yes, yes – his wife Samantha actually said – but when will you stop with this nonsense?
-I agree – Bagsi replied – I mean, do we really need to do this?
-Come on, it's just like in the old days!
-Yes, except you're an old freak trying to be somewhat of a scientist and we're trying to have fun but it's not happening. – his wife disagreed
-Oh, really? – Tim disagreed as well – Hey, Funestoy, what do you think?
-Umm… I dwon' know. If's fine, I gueff.
-See?
-I'm sorry, I just can't anymore. – Bagsi said
-Hello, ladies and gentlemen! – Didel smashed through the door – I'm here!
-Guess what you also are? Late. – Tim replied
-OK, I really gotta go – Bagsi said all hurried up
-Wait, let me just take a picture! – Tim said
And even this was something big for him so he was just sitting, looking at those memories then. 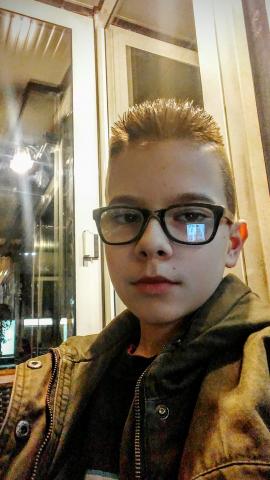