Everything started when a little boy named Johnny was bored. He invited his best friend Eloisse to play with him. When she arrived they couldn't get outside to play, because it was a rainy day so Johnny asked his mom to let them go to the basement so they can take a look at his dad's old toys. Soon when she gave them her premission they were very happy. When they got to the basement they opened something similar to treasure chest. They were amazed by all  the toys inside it, and then Eloisse found a book. It was not just a book, but a magic one. Johnny and Eloisse read the magic spell and suddenly stuffed animals were alive, and even better they could talk to them. Soon a map appered in front of them. Johnny took a look at it and put it in his pocket. Magic dust brougt them to the forest in which they saw a fox  crying  because a man was cutting the trees. In the first place they wanted to stop him, but soon they realized that that wouldn't work out. Johnny took a map out of his pocket but that didn't help, because he didn't understand anything so they started planning something else. Since the magic brought them to the place that they were right now, Eloisse thought that they might have magic powers but that wasn't a case, so the bear soon told them that they could follow that man. When he was done they followed him and arrived close to the really weird place. Johnny took the binoculars and saw a creepy scientist who was making a special light bulb.

“ It would destroy all  the forests in the world when turned on“, he said  to Eloisse and their animal friends and they were very sad. They didn't know what to do and  they were scared, too because they saw that the scientist had magic powers.  They had to stop the scientist somehow, because if there are no forests and no nature there is no life. They had millions of ideas like going to talk to the scientist and explaining  the consequences of deforesting in the world  but that wasn't  smart idea. Little squirrel said: “We can make a trap for the scientist and never let him go“, but the bunny reminded her that the scientist had magic powers and that it would be very easy for him to escape. Finally, they made a plan! They got dressed in costumes which they made by using what they found outside. They had a lot of fun while making costumes, but they didn't have a lot of time so they were in a hurry. When they were done, they got back to that creepy place again. They prepared themselves for action. With the shadows they made a „monster“ to scare the scientist, but that didn't help until Eloisse started making weird sounds and then the scientist finally got scared and ran away forever. They were happy, but at the same time sad because they couldn't grow back the trees that the scientist destroyed. Soon everything in the forest started growing and everyone was happy. They started dancing and singing. They were even playing hide and seek and many more games, but soon the magic dust appeared again and brought them home. As a gift for helping the nature and saving the world they got some photos of them for memory and each one of them got one card to make their future kids come to that magic land, but the rule was that their future kids had to find those cards alone, without any help.

Today Johnny is a grandpa and he even has his grandchildren. When they come to visit him he uses to tell them this story  and he also everyday looks in the photo album he made when he was little that reminds him of this adventure. Eloisse and him are still best friends and they used to have many more adventures together. 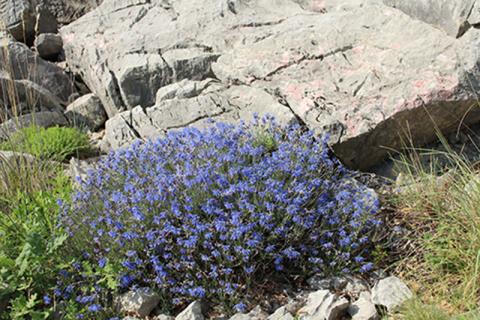