Once upon a time there was a beautiful forest. It was a marvellous place. The trees and the grass were green.

That forest was for sure the happiest place in the world, with the happiest creatures wandering around. A lot of animals lived there. They were friendly animals, especially the white hare, the squirrel and the brown bear.

Two children, William and Mary, lived near the forest. They played with the animals and they were all friends.

At the same time, there lived an old professor on the other end of the forest. He lived in an old castle, in his laboratory. Everybody has heard about the professor. He was known as a very naughty, evil and rich person. He was an inventor. He invented machines that cut down trees. That's how he became rich in the first place. He was destroying the forest and selling wood.

The bear, squirrel and hare felt the danger and they told their human friends about it. William grabbed his binoculars to see what is happening on the other side of the forest. He saw the professor working on his horrible plan: to destroy their forest. He took a piece of paper and draw a map of the forest.

They all knew that they must follow the map and stop the professor. Their greatest treasure were the trees and they had to try to save them. And so their adventure began.

After walking for a while, they saw a little house in front of them. It was marked on the map but they didn't know who lived in it. They knocked on the door, but nobody answered. The door was unlocked so they went inside. In the middle of the old house there was a big chest.

They opened it and found lot of old toys and costumes.

When William saw all those things he knew exactly what to do. He had a plan. They all put on the costumes and they continued their journey.

They were walking for hours and hours, when they finally came to the castle. The animals were happy because they now knew where the criminal lived.

They went inside the castle. The professor did not hear them because he was working on his machines. He was giving orders to his men to cut down the trees.

The animals and children hid behind the curtains in the laboratory. They were waiting for the dark to come so their shadows would form a big, scary dragon.

When the professor saw the monster, he was so terrified and scared that all of his hair fell out.

The animals saw what had happened and decided to help the professor become aware of the problem.

He was still in shock but he listened to their story and realized that the animals were right.

He looked out of the window and saw what he has done. He was very, very sad because of it.

The professor promised that he will never destroy a single tree again. Instead he bought seeds and he planted new trees all around his castle. The animals and the kids helped him. They all became friends.

After five days over a thousand trees started to grow around the castle.

The forest was once again a marvelleous place. 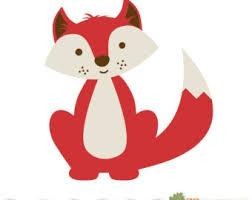