It was Saturday evening. John’s kids just went home after the dinner that he cooked for them. His grandchildren were there too, so they made quite a mess as they usually do. John was putting things in their places, when he accidentally dropped a little ball that rolled under the bed. He bent down to pick it up and, at that very moment, he saw something. There was his old scrapbook deep under that bed. John thought that he had lost it many years ago. He went to his old desk, sat, opened it and started to look at the photos. The first was the photo of him in the forest. One tear dropped down his cheek. He remembered his wife Emily. He really misses her. “This is where everything began“, he said.

It was a beautiful sunny day and John went to the forest near his house. He was only ten years old, at that time. He was going to that forest every day, but that day he wasn't there alone as usually. There was a girl named Emily. John and Emily soon became best friends. They played every day in that forest. They really loved it. They also made another friends. There were: one cute bunny named Tom, a little bear named Ben and a cheerful squirrel named Molly. They spent so much time together so that they became as a family. At the same time, that forest became their second home. One day, while they were walking into the forest, they were watching through spyglass. They wanted to see their forest, but they didn't see it. Their forest wasn't there. Some people had cut all the trees down. Those people destroyed their home, their soul. They were devastated. Their animal friends didn't have anywhere to go, so Emily and John brought them home. They really missed their forest.

They tried to forget about what had happened, so they needed to find something else to do. They went to Emily's basement to look for something to play with. At first, they didn't find anything, but suddenly, they saw the old case. They opened it and they found a lot of toys and costumes inside. However, the real surprise was at the moment when they saw an old map with an “X“ on it. “It could be a mark of hidden treasure!“, someone shouted. They were amazed. Still, they immediately put costumes on and ran out of that basement. John was a red dragon, Emily was an Indian, Ben was a pirate, Molly was Batman and Tom was a knight. They also decided to find the hidden treasure so they followed the path on the map all the way to the place where mark “X“ was placed. There was nothing in that place, except one very old house. One crazy scientist lived in that house, but they didn't know that at that time, so they decided to look inside and they opened the door. They thought the house was empty, but as soon as they opened the door, someone screamed. As they entered, their shadows mixed up together, looking like a monster. The crazy scientist almost passed away of fear. Emily, John, Ben, Molly and Tom were terrified, too. John was probably the bravest one, so he spoke first. He said that they found the map and that map brought them there. The crazy scientist suddenly became extremely happy. He said that almost a year ago, he hid all of his projects around the valley because he was afraid that someone was going to steal them from him. He marked the places where he hid his projects on the map, but somewhere along the way, he lost that map. He was very sad and worried, because he didn't know what to do without his precious projects. John, Emily and the rest of the team gave the map to the crazy scientist immediately. He thanked them multiple times and, after that, he lived happily for the rest of his life with his projects. John, Emily, Ben, Molly and Tom returned home. They were a bit disappointed because they didn't find the treasure. Also, they were still sad about their lost forest. Over time, as they grew up, they found a new forest for their animal friends. However, in the meantime, they had a lot of adventures, but that one remained their favourite one, especially to John and Emily, since it was the introduction to their story that lasted for 60 more years.

John wiped out tears away. “It has been almost four years since you died, Emily, and I still think of you every day, my darling. Oh, I really love you.“, he said while he was closing the scrapbook. “Maybe it would be better if I put this scrapbook away. I'm afraid that there has been too many memories inside.“ John put the scrapbook on the shelf, right behind Emily's and his photo. He kissed Emily in the picture and turned the light off. “Good night, my love.“, he whispered and he went to sleep. 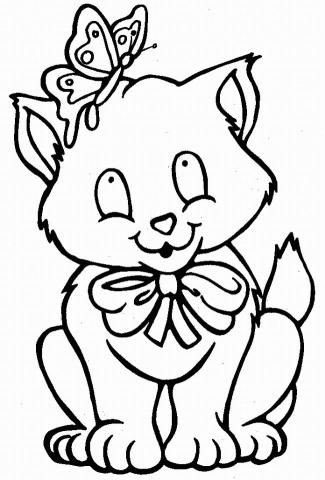