It was a rainy Friday night. Everyone was going to sleep except two little kids who were still playing in their small house near the river. Their grandpa finally called them and said: “ It’s time for bed.” A girl named Clara and a boy named Peter weren’t sleepy at all so they started mumbling angrily. Grandpa decided to tell them a short bedtime story before they go to bed. He took his old book from the table and started reading. “Once upon a time there was a little girl named Clara. She had a brother named Peter. They had a few good friends: A bear named Fred, a bunny named Ed and a little squirrel Penny. They all loved to play together. Sometimes they played in the old hut and sometimes they played in the woods near the hut. One day they were all in the hut except Penny and they were playing games. They decided to go on the attic where they found a wooden chest. There was a lot of stuff in it but the most special one was a map. The map was showing an old castle, mountain, river and of course it had the X sign in the middle. They decided to take the map and go outside so they can follow it. Peter also brought binoculars he found in the chest so they were able to see the road in front of them before they even came there. It was already getting dark so they started walking carefully. At one moment Peter stopped walking and looked like he has seen a ghost. Clara also stopped but she wasn't quite sure what was happening. Finally they all realised why they stopped. They saw giant machines that cut all the trees from that part of the woods. Penny was also there with her stuff. She lost her home. When she saw her friends, she ran towards them. Clara hugged her while they were all shocked. They decided to go back to the hut so they can figure out who’s behind all that. While some of them were sleeping, the other ones were searching for some clues. Fred came in the morning and told everyone what he found out: “There’s a crazy scientist called the Doctor. He lives in a castle near the mountain. I was there this morning and I saw him doing some experiments with a bulb and smoke. He also had a lot of papers and formulas on his desk. I think he has something to do with the cutting trees.” Penny got upset again and Clara was trying to calm her down. Peter was still sleepy. They were trying to figure out what to do next. Ed finally said: “We should go there and scare him so he might leave the castle and the woods.” They all agreed. They took the stuff they found in the hut and dressed up. Fred looked like an old pirate with a bandage on his eye. Clara looked like a young squaw with an umbrella in her hand. Ed dressed up as a knight with a brush he took from the toilet. Penny dressed in black and Peter dressed as a red dragon. He had a backpack and a broom in his hand. They followed the road and Fred showed them until they finally came to the castle. It was old, dark and a little bit creepy. They opened one door and saw the Doctor doing some experiments with the trees his workers cut from the woods. Now they knew he was the guilty one. They created a monster on the wall with their shadows. When the Doctor turned around and saw the monster, he freaked out and ran away. He never came back because he got lost in the mountain. They all returned to the woods that was still undamaged and they found Penny a new home. They all celebrated and danced entire night. The end.” Grandpa closed the book. Clara and Peter were both asleep. Clara had her stuffed squirrel Penny and teddy bear Fred with her. Peter had his bunny Ed. Grandpa kissed them both and turned off the lights. It wasn’t raining anymore. 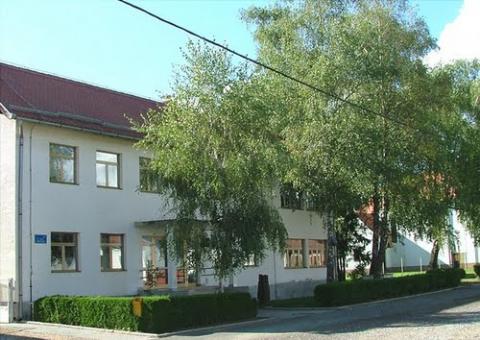