Josh and his great adventure

Josh and his great adventure

One day Josh and his friends were walking through the woods when they found an envelope. There was a treasure map inside. They decided to follow the instructions on the map which led them to a work site. As they were passing the work site they saw a red X on the ground and 3 shovels  and they started digging. Soon the shovels hit something. It was a wooden box. They took the wooden box home. On the way home a friendly bear and a bunny helped them carry the wooden box. As they were walking a squirrel jumped from a tree saying that she wants to help lead the way. When they arrived  home Josh’s grandpa came into the room and asked them what they were doing and where did they find the box. They said that they followed a map. Grandpa went into the living room and took out an old album covered in dust to show them that he and his friends found that box too. When they opened the box it was full of toys and all kinds of stuff, and Josh decided that they will share this with everybody.                      Meanwhile there was an evil scientist that had a plan to destroy the wood that they have always played in. He wanted to turn it into an evil laboratory. When the kids heard the news they couldn’t let him do that so they united against him. When the scientist saw how many there were against him he immediately phoned his good friend and they built a formula for an army of robots. When he built the evil laboratory Josh and his friends were sad because they didn’t have a place to play, but then an idea came to Josh. He wanted to scare the scientist off so that he would leave and he asked the bear if he would help him. They made a plan that when the scientist wakes up at 8.00 o’clock the bear will enter his room and growl at him. That will scare him because he’s terrified of bears. Josh was right! The scientist packed his bags and left for good. Suddenly everything became blurry to Josh and he realized that it was all just a dream.  What a great adventure that would be, Josh thought to himself. 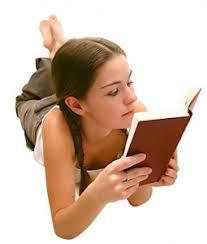