Let me tell you a story from which you can learn a lot, if you just read carefully…

It was one of those hot, rainy summer days. My sister and I were bored. Rain ruined our plans for the weekend. Considering the weather, it was a perfect opportunity for a scary movie, or even better, a chance to explore our attic which was dark, messy and covered with dust and spider webs. After snooping around for a while, we found a big treasure chest. We've opened it and were excited to see our childhood toys.

My sister told me that she wants to share a story with me. She and grandpa used to look at our old photo albums and he would tell her a story for every picture they would see. I guess she got inspired by the “toy memory lane. “

This story was about a scientist who made a special world.

A world where toys became alive.

He even made a map of this world. He named it Toyland.

One day, when they were laying on the grass and laughing, the big red bear asked them if they can hear a loud noise that was approaching them. They nodded with worried faces. Soon, they saw big yellow bulldoggers driven by people. It all smelled like danger. In the blink of an eye, their beautiful home was destroyed.

They never felt more sad and angry. Watching what humans did to their home, the three friends have decided to take this matter in their own paws.

They've put on scary costumes and banished humans. Their friendship was strong enough to motivate each other to do their best and rebuild their homes. Soon enough, they were playing, laughing and enjoying their home like there were no intrusions.

Remember, we can do everything we imagine with each other's help.                     Love, support and true friendship are the strongest bonds. Do good, take care of nature and have respect for the environment you live in. 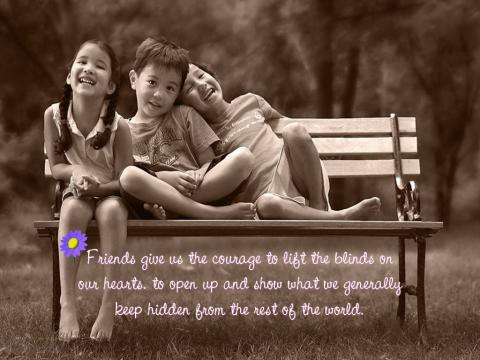