This is a story about my brother and me saving a beautiful magical forest. My name is Zoe, I'm eight years old, my brother’s name is Jake and he is ten. We love nature mostly forests, because you can play all sorts of games there like tag, hide n' seek, freeze tag, adventure. Wait a minute, adventure isn't a game, well unless you want it to be a game. It’s also where you can see a lot of beautiful plants and animals.

That's where we meet our animal friends. Rebeca the rabbit, Serena the squirrel and Boris the bear. We met them while playing hide n' seek, I was hiding while Jake was seeking. 15 minutes passed, and he still hadn’t found me, all of a sudden, I heard a voice "What are you doing in my house?" and I turned around and saw a tiny squirrel staring at me and talking, I screamed and next thing I knew I was on the ground and everything went black I could only hear the squirrel talking then I heard my brother yell my name "Zoe!" I didn't know what had happened until I woke up. From that day on we hung out and played with our new friends in the magical forest every day.

One day when we're on our way to the forest Serena, Rebeca and Boris ran towards us screaming and had angry looks on their faces. "Your people are destroying our forest, you must have told them about our forest, don't act all innocent!" "What are you talking about?" Jake said. “You really don't know?" Serena asked. We shook our heads, Boris, Serena and Rebecca looked at each other and then at us. They took us to the hill that was close to the forest. "What is it?" I asked, "It's over there" the fox pointed to a valley. Jake took his binoculars out and looked through them and gasped "What? What do you see?" I asked impatiently "See for yourself" he said passing me the binoculars. I looked through them and saw lots of cranes and trucks taking away the wood from the forest, trees we're being cut down. It was a horrible sight. "Why are they doing this?" I cried in disbelief, "We don't know, we thought you would know" they said "Why don't we head down and ask the workers and drivers why?" Jake suggested.

We all agreed, so we headed down to what was left of the forest to ask what was going on. It was crowded and loud everyone just passed us by, we were able to ask one worker. "Excuse me" Jake said, "What?" the worker yelled back at us "We just wanted to ask what is going on here" I said annoyed by this man, "That's none of your business kids, now run along and go bother someone else" he said angrily as he walked away.

I noticed something fell out of his pocket and I picked it up. "Hey Jake" I said "Yeah" he replied "What is this?" I asked, "It looks like some sort of map that lead them to this forest" he said, "So that's how they found our forest" said Boris "Now we can use this map to go to whoever is the boss of these people". We followed the map backwards to the start and eventually found a big facility surrounded by a wired fence that said DANGER HIGH VOLTAGE"

We knocked on the giant iron door. We could hear evil laughing and electricity sparking, when the iron door opened a scientist emerged "What do you want? He said furiously "W-we would l-like to know w-why are you c-cutting down the forest?" I asked scared by this man. "That is none if your business, little girl" he said with a smirk on his face "Actually, it is" said Jake. "Our friends live in that forest and you are destroying it. "Alright, I will tell you since you are so desperate, I am using the magic from those trees to create a new source of energy! Imagine unlimited energy, it's brilliant!" He said laughing. We all looked at each other worried. I said to myself “Is this man CRAZY? It’s not his forest and he has no right to steal its magical power “I told you everything, now SCRAM!” We ran away to the one person that we could trust… our grandfather.

We dressed up in costumes to disguise our identities. I wore an Indian costume, my brother a dragon costume, Boris a pirate costume, Rebecca a Knight costume and Serena was in Super Hero costume. We set off to the scientist’s evil lair to give him a good fright. When we arrived, the door was open, so we snuck in and prepared our attack.

Following the sound of Kimberly’s mad laughter, we made loud beastly noises to scare him. With terror in his voice he screamed “Who are you?” “We are the Creatures of the Forrest” we growled “We’ve come to take back the magic of our forest which you stole from us!” With great fear he dropped to his knees and cried “I’m sorry, I’m sorry. Please don’t hurt me! He begged. “Here! “Take these seeds which I harvested from the trees…..Plant them and your magical forest shall return. I promise never to steal from nature what isn’t mine to take….” With that he ran from his evil lair and was never seen again….

And so, we planted the seeds with our animal friends and saved the magical forest. 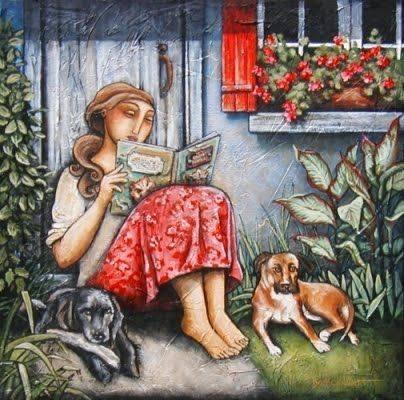