How Joseph Saved The World

Act I: Memories and Bonbons

This is a story you can't comprehend! Your mind will be blown! It's a story of Joseph, a cranky old man. He was looking through his photo album eating bonbons. He remembers everything he did. He owned a tiger, had a magnificent beard and saved us all from an eco-disaster. Yes, you heard me right! I will tell you that story now, after Joseph eats his bonbon (now I want a bonbon, too!)

It was Halloween. Joseph and his friends were going around trick or treating, as you do and everything was grand. Joseph was a dragon, his friend Molly was Pocahontas, Scrap the rabbit was a knight (in not so shining armour), Caleb the bear was a pirat (eyepatch included) and Skitter the squirrel was a super squirrel. While they were trick or treating, a strange lab containing doctor Rudoplh's inventions was also containing quite a mess. Doctor Rudolph invented chainsaw-wielding robots to help the woodcutters, but the robots went haywire and chopped down entire forests themselves. All the woodland critters were angry and our masked group just happened to stumble upon them.

Act III: A Clue To Success

The woodland critters told us that a mad robot with saws ran through the woods shouting the name - ''Rudolph!'' Molly remembered that she saw this name in the newspapers. They didn't pay much attention to that because it was Halloween, but the next day they all met in the park with the newspapers and read the article that said: ''Doctor Rudoplh - Genius of the Century!''. It said that he invented robots, named Billys, but it also said no picture was taken of him and the interview was given by his so-called servant, named Igor. These newspapers were from three days ago, but today's news said robots broke down and the last sighting of them was Broomrad woods. ''Woods no more!'', said Scrap. ''Yes, what he said.'', said Caleb. ''Let's go!'', said Joseph ever so heroically.

''You couldn't tell this was a forest.'', said Molly. ''I can't jump on the trees, there aren't any!'', said Skitter. Luck was heading their way because they found a note that fell from a robot labeled: ''Stereotypical Mad Scientist INC. Meet us at Microfish Lake! Don't forget to feed the fish!'' Molly said: ''That is half a kilometre away from us.'' ''True'', said Joseph, ''Let's look through my binoculars.'' ''You had binoculars the whole time?!'', said Molly. ''Yes, and I call dibs!'' Joseph looked through the binoculars and saw Doctor Rudolph through the window on top of the lake. He had a creepy grin, a cucumber nose and goggles. Molly wanted to look and Joseph obliged. They just needed a plan to get there.

Act V: Getting In. Undetected!

''Wait! I have a plan!'', said Joseph. ''What if we combine our costumes into a dragon?'' ''That won't work, he'll see it's us'', said Molly. ''But our shadows won't be obvious.'', said Joseph. So they grabbed their costumes and went there. But how did they get inside? Well, the note said to feed the fish and so they did. The ground suddenly shifted and they fell down. They quickly made a dragon that had a convincing shadow. Doctor Rudoplh walked by and saw the shadow. He ran in fear, dropping a box he carried and a map fell out from the box. They took a peek and left with the map, undetected.

Act VI: The Road To The Treasure!

There were big mountains on the map - Peckorn Mountains. They saw the mountains from Microfish Lake and X marked the spot they knew of. It was an abandoned house in the street they lived in. They went there immediately. There was a chest in the house and the chest contained - treasure!

Inside the chest were old toys, but at the bottom was a bag of fairy dust, a mystical item granting you any wish. All five of them wished for something. Molly wished for the forest to be restored and for the robots to be destroyed. Caleb wished for a lifetime supply of corndogs. Skitter wished for a bouncy castle. Scrap wished to be a knight of the Round Table and Joseph wished for more adventures in the future. All of the wishes came true. As for Doctor Rudolph, he created the robots in order to destroy the forest but his plan was foiled! 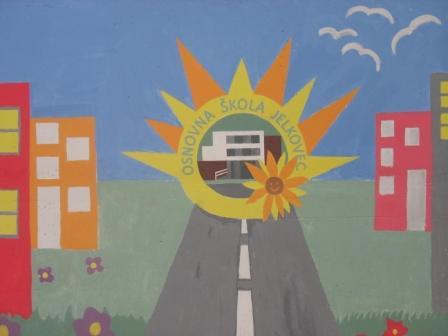