1  Lele, Jake, Boo the bear, Jiffpom the rabbit  and Amy the squirrel were in the attic and came across a chest. They opened it and saw lots of toys in it. Everyone took one toy. As they played, they checked the chest once more. And look! There was a message:  “Dear children,I hope  you like the toys I left for you in the chest. Don't argue. There are three toys for everyone. Enjoy them!" The children and animals were happy after they read the message. They went to thank their grandfather for toys and play after that.

2 Jorge the scientist invented something again. This time it was an accidental light bulb. How did it happen? One night he was reading a book and the bulb burned out. Jorge went to the shop and bought a new one. When he came out of the shop it started raining. He opened the umbrella and at that moment the lightning bolt hit the bulb in the box and turned it on. He went home as fast as he could. He took the bulb out and tried to turn it on but he couldn’t. He went through some books and found one with the instructions: ˝How to make lightning bolts˝ and decided to give it a try. A cloud with lightning bolts appeared. He tried to steer them the right direction and after four hours he finally did it! He invited Lele and her friends to show them his discovery, and everybody was happy for him.

3 Grandfather Justin took  an old album that he found in the attic yesterday. When he first opened it, he saw lots of pictures from his childhood. The first picture was taken when he was on the swing. It was summer and  Justin was bored. Then he asked his parents to make him a swing in the backyard. Unfortunately, they didn't want to. Somehow he persuaded them and they finally made it. That was the best summer of his life. He was happy to see all the other photos too. After an emotional moment he showed the album to his friends.

4 Lele and Jake found the map. They decided to study it. This is what the map looked like: If you go to the north you'll come to the castle where the wind blows heavily. Before the castle there is a train track and in the Northwest there is the Owl's woods. In the East there is Mount East mountain. You can get there by car. You should park your car in the cave at the foot of the mountain and take a bike to ride through the woods. Park your bike and catch the train because if you don't, you will stay there for fifteen years. Still you are going to be alive because there is a camp in the Southwest. There is a snake that can hurt you though. If you are skilled you will survive.  If you get to the sea that surrounds the place, you should get some salt water and pour it over the snake and it will die. Or, if you don't catch the train you should just go back to your car and drive home.

5 Amy was playing with her friends Lele, Jake, Jiffpom and Boo in the Owl's woods. When the night began to fall everybody went to their homes. Amy did that too. Next day Amy saw something terrifying. Humans cut all the trees down! That was her home too. She called her friends to see that and they were very disappointed. Amy took her things and  all of them went to find a home for their friend. The good old owl offered his because he was going to move to Germany to his cousin. Everyone was happy. Humans wanted to make a hotel there but their boss changed his mind and he decided to make it in the city. So it was completely unnecessary to cut those innocent trees.

6 Lele, Jake, Boo, Amy and Jiffpom were excited because it was Halloween the next day. They already know what they were going to be: Lele an Indian lady, Jake a dragon, Jiffpom a knight, Amy a batman and Boo a pirate. They walked through three big streets and fifteen smaller ones. Everyone got 115 candies, and they were happy.

7 Lele and Jake were  happy because school ended and it was winter. Holidays began. They played in snow with their friends on Mount East. They played all kinds of games like hide and seek, tag, and they even went skating one day. Next day they realized that it was the last week of the holidays. Most kids were sad but they were happy because they could still be with their friends, family and cousins.

8 The friends were playing hide and seek. Jake noticed something strange. Some weird people were around an abandoned house. Lele and Jake said that to their friends. They didn't know what it was all about. They decided to spy on them. They even told their parents. But they were their new neighbours! They already made new friends! They were happy and played together afterwards.

9 Jorge the scientist came to an idea to make a friendship potion. He put sugar, spice and everything nice in it. But he accidentally put anger potion in it as well. He thought that nothing was going to happen. He called his friends. When they came he gave them the potion and they drank it. Jorge watched what was going to happen. That anger part of the potion was stronger than he thought .They started to fight over an umbrella. He tried to stop them but he couldn't. They became angrier and angrier. He quickly made a new potion and gave it to them. Three hours later everything was fine  and Jorge decided never to make potions again. 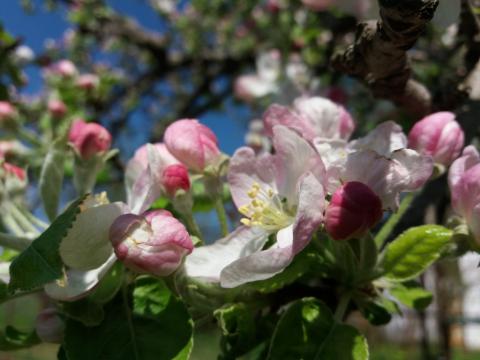