The story of an impossible friendship

Once upon in a galaxy, where the future already came, there was a scientist who wanted to travel to other galaxies. But he made a mistake. He generated a cloud, but not a normal cloud. It vanished into time and space right before his eyes. Meanwhile, in another galaxy there was a girl and a boy who were in a cabin in the woods. Around the cabin were a fox, a bear, and a rabbit. Suddenly, out of nowhere, a blue cloud came over the forest and they all felt strange. They all felt a connection between each other like they knew each other for a long time, like they were old friends. And so the adventure began!

They all wanted to hang out with each other and felt nice around each other. They went and explored the cabin they were in, but they didn’t find anything. When they went to check out the attic they found a chest full of costumes and they decided to dress up. They all played together until dawn. When they were playing they found a map in the sand. They decided to follow the map because they thought it led to a great treasure. On their way, they met an owl who they hung out with for some time. After that they continued with their mission. They took off their costumes because they were all sweaty. From a distance they could see something; it was like a smoke made from a fire. The map led them to a camp where the X on the map was. There were at least 4 tents; the crew didn't bother to count them. The tents looked like they were very old and they were full of dust and spider webs. Inside three of the tents there was only food and water, but inside the fourth one, there was this alien looking thing! The crew didn't know what it was, or what it was used for, but it looked like something that came from the future.

They brought the object outside and inspected it. It looked like it needed some sort of fuel. They didn't know what to do with it, but the fox had an idea! He started taking other objects, such as leaves, and smashed them into bits with a rock then put them into the machine. He was putting all kinds of plants in there. All of a sudden the machine started working, but he wasn't sure what plant powered the machine. The machine was some kind of radar. It showed the same map from before, but this time, the X on the map was located near the train. They went there and found a hatch near the train hidden in the bushes. It led to an underground laboratory. There was a long corridor and at the end of it was a turn to the left. They all peaked around the corner and saw a scientist working on something. They decided to prank the scientist not knowing he's the one responsible for their friendship. After they scared him and ran away, he was shocked, but when he got his stuff together, he sent workers to go and destroy the forest that the blue cloud covered. The gang split up to explore the lab, while the workers were busy destroying the forest. When the last tree was destroyed the effect of their friendship disappeared. The scientist found the girl and the boy on his way out and told them that the machine they found in the tent was made by him and he used it to not forget where his lab was, but he lost it one day and the campers found it. After the children left, he declared that the experiment with the cloud was a failed experiment. He made the bear, the fox and the rabbit his pets and the boy and the girl visited the scientist every day. In the end, it turns out, that the scientist wasn't in another galaxy after all! What a plot twist! 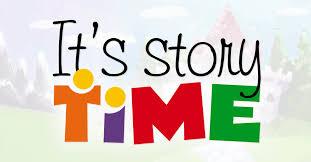