Once upon a time lived five best friends: a boy, a girl, a squirrel and a rabbit. Every day they came to the forest and played. Their favorite game was hide and seek because they could hide in the forest and have fun. When they went home they agreed at what time they should meet in the forest the next day. The next day the boy borrowed a pair of binoculars from his grandfather’s old things. The boy went to the forest to meet up with his friends, and his grandfather was looking at his photo album. He recalled his younger days. In there, he saw a photo of his old friend who became a scientist but he did not know that his friend became bad and wanted to destroy the forest. He wanted to make everything electrical so he could be famous and rich, and so he decided to hire workers to cut down all the trees. Meanwhile, the boy came to his friends’ to play but they heard something strange. The boy looked through the binoculars and saw the forest being destroyed and all the animals were running away. The boy explained the situation to his friends and they were very sad. When the workers were leaving, something fell out of their pockets and they picked it up. It was a map. That map led them to a laboratory. They went to the boy’s house for some weapons and costumes so they could scare the workers. They were prepared to attack and went to the scientist. As they got there, they tried to open the door that was locked and they used hard wood to open it. The scientist was scared. He saw a bear and got even more scared. The kids and the animals told him to stop destroying the forest. The scientist ordered his workers to stop destroying the forest and the workers stopped right away. The kids angrily asked the scientist weather the trees will grow back again. He said that they will but it will take some time. Children went home happy and satisfied. The scientist was defeated and sad. 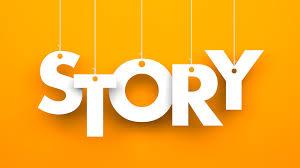