An adventure in two days

One beautiful day, when the sun was shining, one boy Jack, Jim the bear and one girl called Sabrina went collecting candies. It was not Halloween, but they really wanted to go. They thought “It doesn't have to be Halloween to collect candies.“ So they started walking in their silly costumes and it was so funny because they were dressed all wrong. They wanted to bring their pets, so they took their little bunny and their squirrel. The little squirrel was dressed like the Batman, the bunny was dressed like a knight, Jack was dressed like a dragon but a weird dragon. Instead of having wings he had a backpack, and he was carrying a broom for no reason. Sabrina was dressed like an Indian girl and she was very pretty. She weirdly decided to carry an umbrella. I guess she was confused or maybe she thought that it will be rainy. Jim wasn't dressed up. At the end of the day, the kids collected a lot of candy and they were very happy. People were laughing at them because they were silly and cute not because they were dressed all wrong.

In a country named Animlandwoods, where woods where beautiful and there were no humans, one squirrel named Ella loved her home. There were many animals, but Ella wanted to be alone. Two times a week she did yoga, three times a week she danced and on the remaining two days she hiked and helped others. One day someone came into the woods and those were HUMANS!!! Ella didn't know what to do because she knew that they were going to destroy everything! They destroyed and cut down every single tree and Ella was so sad she started crying and carrying her stuff, because she needed to find a new home. She was sadder than a bunny in winter. Two months after the humans destroyed everything, she came back to see what they made and she couldn't believe that they made a building for sick animals. She thought: „Maybe I don't have a home but at least the sick animals do. “

PUT A SMILE ON SOMEONES FACE

Jim, Jack and Sabrina saw Ella and she saw them. Ella didn't know should she run away or stay and get to know these silly people. Jim, Jack Sabrina and Ella spent some time together and they became best friends. One day they decided to prank one old scientist because they knew that he was always working in his office and never laughed and had fun. They decided to combine all of their costumes and make one scary costume. They made a plan and on what was supposed to be one normal evening they jumped, put the lights out so that he can se their shadow and the old man started screaming. When he realised it was just a joke he started to laugh.

The next day the old man was still laughing and he wasn't working in his office at all, because the silly group showed him how to have a good time again. He took his very old album full of pictures of his family and his life. He sat all day looking at the pictures and he was happy because if those kids weren't so smart and decided to scare him so he can laugh, he would have never looked at his pictures. He realised he was spending too much time in his office, and decided to go out more often and have a better life from now on.

The scientist found an old map in his album and he knew that the kids loved to play. He knew that the kids would enjoy a good treasure hunt. He put out the map, knowing that they would see it and go on a hunt.  His plan was so good and he was very excited. He put me map in the grass when the kids were walking and the moment the kids saw it they freaked out and they started searching everywhere. They figured out that he first clue leads to some weird forest. At first they started playing and playing tag. They lost track of time but they looked at the map and started searching everywhere were the map was leading, gathering clues. At one moment Jack took his binoculars and he realised that the final clue leads to the castle. They started running and running as fast as they could.

They opened the door of the castle and at first Ella was scared, but Sabrina told her that she shouldn't be, because everything will be alright. They started walking and they heard some sound, but it was nothing. Sabrina and Jack started walking to the stairs and they told everyone to be faster because there is nothing to be afraid of. They opened the door of the attic of the castle and they looked and saw a big wooden chest. They opened the chest and they couldn't believe that it was full of toys! They were so happy and later that day the scientist told them that he planned that entire game for them to thank them for what they did for him. They were all incredibly happy! 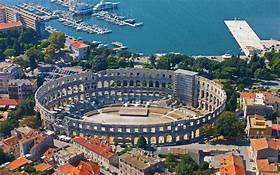