Once upon a time there were five friends. A boy Sam, a girl Jessie, a bear Luke, a rabbit Marcus and a squirrel Linda. They were best friends and they liked adventures. Every day they would come to the forest and play all day long. One day they decided to explore the forest. Sam took his binoculars and went to the forest with his best friends. They looked around, explored and had fun. They saw a big mansion and wanted to explore it. The door of the mansion were opened, so they walked inside. The mansion was very big and pretty. They looked inside of one of the rooms and saw a laboratory. There was an old man who was creating a strange light bulb. There was also a big map on the wall. That was the map that led to treasure. They were very excited but they didn't know how to take the treasure. They went into another room and found costumes. Linda suggested to dress up and scare the old man so that they can take the map and so they did. Jessie took the map and told everyone to get out the mansion. When they got out, Luke opened the map and placed it on the ground. They looked at it very closely. Marcus was bored and wanted to go find the treasure. The others accepted the offer and they started following the map. They had to go deeper in the forest but they weren't scared. They were walking and then saw a house. The house was very old and nobody lived there. It was very dirty inside. The furniture was covered in dust and spider webs. They saw the stairs that led to the attic so they climbed up. In the attic there was only one box. That box contained treasure, so they opened it. Inside, there were a lot of toys and costumes. The friends carried the box to Sam's house. In the morning they all played and dressed up. They have done it every day. They were very happy, but one day Linda, Marcus and Luke came to Sam's house crying. It was because the forest was cut down and there were no trees left behind. Linda, Marcus and Luke had to move to another forest. Sam and Jessie were really sad because they were their best friends. Sam and Jessie played together until they grew up. When they got old they liked to look at their old photo album. The album was full of their photos when they were young and full of good memories as well. 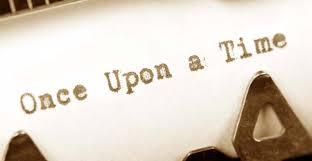