See this creepy scientist with the cheshire smile, french moustache, cloud hair and sausage-like nose? That's Elbert Ainstein. And before you ask - no he doesn't have any relevance to Albert Einstein. He has invented many interesting things. Anything he can imagine he can make. Well one day he imagined making a creature. This can be a major revolution in science. What he imagined was to make this "creature" purely of wood. Wood was his main source and since he wanted to make this creature very special he would not include any living internal organs within this strange invention. Only wood.So because of that he needed a LOT of wood. So not thinking of the consequences he went ahead and requested wood from the woodsman.

Due to the massive wood loss some animals that were inhabitted in the forest they had to leave. Some didn't make it till dusk. A lucky survivor was a fox named Hades. He was ready to leave but he didn't want to. So he called  his friend Tattletail, a squirell to search for help. Tattletail was very fast so she would've found someone to help much quicker than Hades. But Hades was much brighter than Tattletail so Tattletail would've never thought of a solution on her own. They truly are lucky to have each other as friends.

Before Tattletail left, Hades gave her this map. Tattletail didn't want to come off as dumb in front of her best friend so she pretended to know exactly where to go but truly she wasn't good at reading maps. First she ended up close to the river where a snake almost ate her, but she was fast enough to escape. Then she almost got run over by a train, then she got lost in the nearby woods but she finally found her way to a small town nearby the mountains. And there she met...

These fellas. Say hello to Dominic, the boy with the short black hair, Zoey the girl with the pretty red dress, Bunny, the small brown bear and Teddy the even smaller white rabbit. Tattletail asked them to save their forest from the evil Elbert Ainstein. The strange crew didn't agree yet. They wanted to see what they're up against. Dominic looked through his binoculars to seek into Elbert's, not so secret, secret lair. And what he saw was scary. He was working on his strange creature. It looked like it was in complete discord. It was almost finished too so they didn't have a lot of time. Zoey was a very handy girl. She already thought of an interesting idea. Soon she shared what she imagined.

Dominic, Zoey, Bunny and Teddy along with their new friend Tattletail went to their old and dusty attic and took a look at their collection of toys and other junk they thought would be useful one day. Turns out they were right! They decided that they'll bring all of the things together and try to scare the scientist away. If the strange build of the trash won't scare him than the smell certiantly will. Besides they could do anything that they imagined.

There they were! They requested justice for Hades and the rest of the forest! Dominic wore a dragon costume. He brought a broom to sweep that mad scientists butt out of there! Zoey took her umbrella because its gonna rain pain. Bunny brought a cooking spoon for no reason and Teddy brought a toilet brush to...well we don't actually know why but it probably will serve a good purpose. And off the went to the evil lair.

They burtsed into Elbert's lair. He was startled by this odd gang his french mustache almost fell off. Dominic explained that he cannot take the woods away because animals will lose their homes. Zoey continued by saying that the climate could also change. Bunny just stood there and waved his cooking spoon. Teddy was yelling for no actual reason. Elbert was so scared he agreed to stop working on the strange invention and even promised to plant more trees in the woods.

Truly the woods were now saved! The trees grew bigger and more beautiful than before. They look even more beautiful than they could've imagined. Hades was very thankful to the odd crew. To Dominic, to Zoey, to Bunny, to Teddy and especially to Tattletail.

Eventually Dominic and Zoey grew old. They didn't hang out with Bunny or Teddy anymore and they never heard from Hades or Tattletail. But they remembered their strange adventure even when they were old. It was simply even more marvelous than they could've imagined. 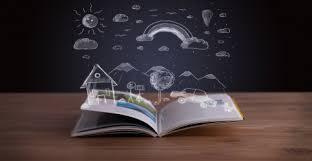