It’s a hot sunny day. Mr. Ben is sitting in his chair and reading. There is a sound of children’s voices coming through the window. Mr. Ben remembered his childhood when he spent his days playing with his friends in the meadow. He got up from his chair to take his photo album and looked at the pictures from his youth. It was his favourite pastime. When Mr. Ben was a child, he loved playing with his friend Jana in the Magical Wood, as they used to call it. They even had animal friends there: a rabbit called Fluffy, a squirrel called Ginger and a Bear called Big Bear. Everyone adored the Magical Wood. It was their favourite place in the world where adventure meets magic. One day, Ginger was awakened by the rattling sound of some kind of machines. She went to have a look and couldn’t believe her eyes. ‘’Oh, no! What is happening?’’, cried Ginger. The Magical wood was being destroyed. All the trees were cut down. Ginger was crying. She was very sad but she gathered all the strength left in her, took her belongings and ran off to tell everything to her friends. Maybe together they could save Magical Wood. When Ginger told her friends what had happened, Ben immediately went to look for his binoculars to make sure Ginger’s story was true. He couldn’t believe his ears. ‘’My God’’ he said, ‘’It’s true! But who would do something like this?’’In the distance he noticed an old, ruinous house. Through the window he could see the evil scientist with his head in a load of papers. ‘’It must be him!’’, said Ben. The children thought of a plan. They decided to make him leave Magical Wood. They went to Ben’s attic where there was a big old case. They found different costumes and they disguised themselves. Ben was a giant dinosaur-dragon, Jana was an Indian warrior, Big Bear disguised himself as a scary pirate, Ginger was batman and Fluffy dressed up as a knight. They even found a map that could lead them directly to the evil scientist’s house. The shadow game began. They used a white bedsheet and a torch. The evil scientist got scared and he ran away without looking back. The children were happy because their plan was successful. 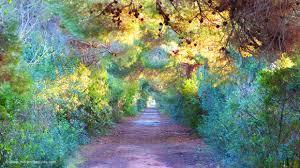