Create, make, take and fake, that's what scientists do in order to discover and define new things.  But this one..this one is a way beyond normal.  We could say he's  ''blinded by ideas.''  You see that light bulb and the rainy cloud above it there?  Well...our dear scientist  D. only sees the light bulb, which means that he doesn't see the horror that  will come after his magnificent idea is done.  He doesn't  see anything wrong with the idea of ruining planet Earth  to build something  bigger, better and truly breath-taking.  His plan is to make a ''no boundaries machine.''  And to create that, he must eliminate  a whole forest.  To explain it a little, the trees hold a special ingredient called ''boundy''  which is needed to make an anesthesia- like feeling to the machine.

By destroying the forest, he's also destroying  lives of families that live  there. Whitout any other choice but to leave, the animals begin to pack their things  . Fnuff, the fox is saddened by this but behind all that sadness he still feels the urge to somehow help the forest and the beings that live there.  But he knows he couldn't because he has a family to take care of, so he calls his one and only rival..*drum roll* CHIPPY THE SQUIRREL!  They had some rough times back in the day but somehow still managed to be best friends.  And let's not forget that time when he ate all her nuts but  she somehow doesn't go nuts over that fact..MOVING ON!

He shows her the map that his other  friend Mr. Owl gave him. This truly shows how horrible his plan is, because it won't only be bad for animals but for humans too. They won't be able to ride a bike or ''take a hike'' as some say it. They won't be able to enjoy nature and peacefull  walks, kids won't be able to go to camp. With that thought in mind Chippy has a new determination that pushes her to work harder to save the forest.

Hurrying to the marked destination  she bumps into someone.  Though in their point of view  it is more like this: '' Hey look something is coming closer to me, and it's moving really fast too! What is it? OH WATCH OUT!'' They both fall on the floor feeling a little frusturated. Then  Chippy warns them about the evil scinentist and they promise  that they will join her. Oh I almost forget to indroduce them! How rude of me.. The big bear is Won Ton and the bunny he's holding is Flap Jack. The boy is Alex and finally the girl is called ''Dot'' for short (she doesn't like her real name, nobody knows why though).

In determination and hope for the better, Alex offers to use his personal things as weapons and armor. There aren't many they can use but with their big imagination they manage to sort things out and make amazing armor and weapons.

With not much armor but a lot of glory and hope they go out to find the scientist. The journey was full of talking and gathering courage to defeat the evil man. There are times of doubt and sadness but the urge to help all those animals is much stronger than any bad thought that comes  to mind.

When they finally find the base of his secret hideout  they don't hesitate to attack. With every scratch and bite the enemy becomes  weaker and weaker until he finally gives up. They order him to take  back all the trees he took from the forest and  promise he'll never do something like that ever again!

The forest  once again becomes magical and full of life. With the whole crew happily dancing around and enjoying the fresh breeze, there are no words to describe the feeling.  All the animals come back and they all live happily ever aft- WAIT JUST A MINUTE! There is something  I haven't told yet...The moral of the story of course!

Dear old Alex grows but  hasn't won the heart of ''Dot'' buuuuuut he's learned a valuble lesson that he will never forget.

If you have an amazing idea and really wish to make it come true, always look at what good it will do and what you have to get rid of to get to that dream. Always look at the consuquences it will have because behind a genius idea, a dangerous consequence could lie.

And do  cherish the things that you already have,don't replace them with new ones. Instead try to make the things  better. 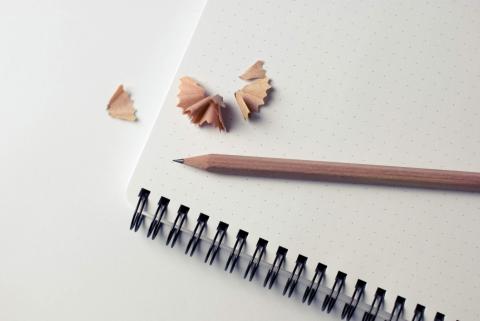