Once upon a time, there were five best friends who went on countless adventures. Their friendship knew no limits. They strived to pass any obstacle in their way. The first friend was called Mike. He was an adventurous type of a person. He really liked dragons. He liked to spread interesting facts about them all the time. Almost every day he wore the dragon costume. The second friend was called Emma. She liked Indians. The way the Indians lived really inspired her, and every day she would rent a book related to Indians. Just like Mike, she liked to spread interesting facts about Indians and dress up as one. The third friend was called Teddy. He was a bear. He said that one day he would be a pirate. At the time he mostly sticked with roleplays and making cosplays. He ensured that his cosplays would be spot on, and would have stunning detail. The fourth friend was called Skurky. He was a squirrel. His inspirational character was Batman. Skurky had a black mask and a cape just like Batman. He liked to jump really high. The force of the wind would help him leap into the air and give him a jump boost. The fifth and the last friend was called Bunnet. He was a bunny. He wanted to be a brave and charming knight. Just like Teddy, he mostly just roleplayed in cardboard grey-tainted armor. He was a fearless bunny.

The town that they lived in was facing deforestation. It was a tremendous problem since animals were forced to move to another area because of it. A mad scientist was behind all of that. He was causing deforestation because he needed wood material to expand the space in his laboratory. They once snuck in his laboratory and saw that there was a power terminal that could be deactivated in case there was an evacuation. If they pressed the shutdown button on the power terminal, the whole laboratory would permanently shut down. Once they saw the power terminal, they tried to press the shutdown button, but they were caught and kicked out. They figured that the shutdown button was the key to stop all of that. While they were making a plan to stop the Scientist, the Scientist was plotting to finish off the forest using the electricity from the light bulbs. They did not really know how he would be able to finish it off with the electricity from the light bulbs, but he really hated nature.

In the meantime, Mike's grandfather was planning to make and host a scavanger hunt. They all agreed to the game, but had to stop the mad scientist first. They recieved a map from Mike's grandfather showing where the Scientist was located and where the Treasure Chest was. Luckily enough, the chest was located near the Scientist's laboratory. But of course, the Scientist was more of a concern. In order to reach the Scientist's lab they had to go to the ice mountain and the Forest (where deforestation took place). Once they reached the mountain they went into the small opening the mountain had. When they were inside all they could see was pure cold snow and lifeless trees covered with icy spikes. They struggled to get past the thick snow. But they passed with teamwork. Making their way to the Forest they encountered an Owl which wasn't hostile. It helped them and showed the way to the Forest. When they reached the forest, the Scientist's men had already chopped down the entire Forest. They convinced them that what they did was wrong, and with that they quit working for the Scientist. Those men were also the Scientist¢s guards, so making their way into the Lab was far more easier after that.

Once they found the Scientist's Lab, they decided to access the back door. The door was locked and the stairs were torn apart. Because of Skurky's special jump boost he was able to reach the door and unlock it with his tiny arms. He also brought down the ladders that were on the side of the door. They managed to get inside the lab. They hid behind some boxes. They saw the Scientist who was sitting in his chair across the room. They had a plan to charge to the Shutdown Terminal which was in the middle of the room. Bunnet was the one who would say ''Charge!'' and Teddy was the one who would rush to the terminal with the others. As they charged in, they managed to push the Shutdown button at last. As soon as they pushed the button the shutdown sequence begun. They had one minute to escape. As they successfully accomplished their goal and left the Laboratory, the Scientist was confused and shocked. As he was screaming with fear and confusion he grabbed all of his belongings and barely escaped. As for the brave and heroic friends that managed to make the whole Laboratory collapse to it's complete downfall, they happily moved on to the Treasure Chest that they found beside the Lab. They dug up the hole the chest was in, and found numerous toys inside. They were so happy with their reward. With nature being saved and fully restored, animals came back to live their happy life in the Forest. They came back home running with glee and with a belief that the Forest and Nature will be restored again. Mike's grandfather was so happy with their achievement . They went to sleep knowing what they did helped many animals. 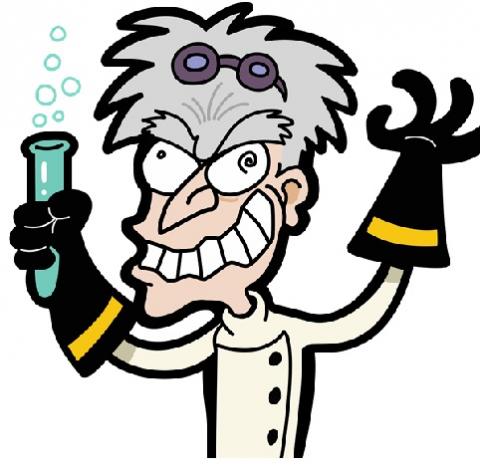