One day I searched for my photo album. When I found it I was looking pictures and then I found one picture. That picture was familiar. I was on that picture when I was young with my old friends. I remembered a great story about that picture.

When I was young I had great friends. My friends were: a bear, a squirrel, a girl named July and a rabbit. I was with my friends in the forest and we were playing in the rain. But there was evil scientist named Nick and he sent excavators to cut all trees. Next day at the forest there were no trees. The animals were very sad because they didn’t have a home. But I wasn’t sad and I said: “We need a plan how to revenge to scientist Nick.” Then bear said: “I have a plan. We need to scary him.” Rabbit said: “How?” July said: “I know. We need costumes to pretend to look like a dragon.” Everyone agreed with that plan. Another day I found a box with costumes, and we started to prepare ourselves. Furthermore I found a map to Nick’s castle. We started a trip. We were going by bike. First we travelled through the forest. After that we came to the high mountain and we managed to pass it. After three days of travel, we arrived to the railway. According to map, we knew the castle was near. We were afraid when we crossed the railway. Fortunately, the train did not come. We came to the castle after midnight. We heard a rustle in the workroom on the second floor of the castle. We knew that Mr. Nick liked to work at night. We have put on our costumes and slowly approached the room in which he worked. Suddenly he noticed our shadows. He was very scared, jumped out of the chair and screamed: “Who are you?” We told him that we were dragon from the forest he had cut. Than he asked what should he do. We told him he had to plant new trees. He answered he would do that.

Mr. Nick apologized to the animals, planted a new forest, and the animals found their home again. 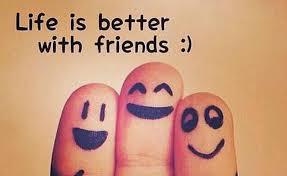