It was an ordinary night in the forest. All animals were happy, they played, sang and danced together. Suddenly there was a loud noise and trees fell. Animals got very scared and ran away from the noise. Every animal took their most praised possession and left forest. As they were all leaving one little orange fox turned around to look at what was left of their forest. It didn't look like forest anymore, all trees were chopped down by some big green, yellow and red machines. That made little fox very sad and soon she started crying. When morning came all animals were gone.

That morning evil Dr. Frank finished his plan. He was in his lab, just like usual, working on one of his projects. On his desk there were piles of papers almost higher than him and between those papers was his old ugly face. He was looking at a light bulb and what seemed to be a storm cloud. Some kind of a buzzing could be heard around him. Like electricity was flowing around him and through his machines. The phone rang and he answered it. After few evil grins he hang up.

„Ha ha ha!", he laughed in his weird evil voice. „Now I have all space I need for my project."

„Oh my God!", said Tommy and scratched his black hair.

„What is it?", asked neatly dressed Millie. Her older brother was looking through binoculars when he suddenly gasped.

„I will tell you later. We must hurry, there is an emergency.", he said in a worried voice. About half an hour later Millie and Tommy were both standing on a hill talking to their friends Berry the bear, Ronny the rabbit and Sue the squirrel. „What is it Tommy? You sounded really upset."

„Someone cut down the west forest.", he said darkly.

„What?", asked Berry and Ronny angry, Sue and Millie gasped and hugged each other

"Show us!", Sue said. He took his binoculars finding destroyed forest and showing them.

"Who could do something so horrible?", asked Millie.

"I'm not sure, but you know who will know for sure?", he asked smiling down at his younger sister.

"Grandpa!", she said overjoyed. Millie loved their grandfather. They all started walking towards his cottage.

At his house they all sat around a rounded table. Grandpa smiled and took out an old photo album.

"He has cut down the forest!", said Millie upset.

"I know Millie.", he said. "Well if you wanna find him you better find the map. It's in the treasure chest."

With that being said Tommy rushed up the stairs and everyone followed him. Grandpa sighed. He hoped they will be careful.

Tommy opened doors leading into small room. The room was empty except for the chest that was in the middle.

Tommy started digging through it.

"What are you looking for Tommy?", asked Berry.

"Yeah... it should be right here... somewhere... There it is.", he said taking out old folded paper. He unfolded it carefully and put it on the floor for everyone to see. It showed their home. A castle, woods, railway and tent that Millie and Tommy used occasionally. Their grandfathers cottage was in the east woods.

"Wait, wait, wait just a second. If this map is as old as it seems why is west wood cut down?", asked Ronny.

"This is magic map. Everything that changes in forest changes on map.", explained Millie.

About half an hour later everyone was masked. Tommy was a big red dragon armed with mighty broom. Millie was little Indian girl armed with black umbrella. Berry was a scary pirate. His costume was hardest to find. But finally they managed to find old big loose T-shirt and trousers. Ronny was a brave knight that is talking too much. Sue was Batman, knight from shadows.

"Was all this really...", started Berry.

When they came in front of the castle Millie and Sue started whimpering. Berry, Ronny and Tommy came in first, side by side. Castle was cold and spooky.

Meanwhile in the lab Dr. Frank was just finishing his project and just when he was about to plug it in he heard loud noise. He turned around and saw a scary shadow on the wall. He started screaming. He grabbed his papers and ran through the castle and scary shadow followed him. It chased him through the halls, in the kitchen, in the basement and in his lab. Doctor took one of his experiments and threw it at the shadow. Suddenly shadow fell apart and you could here grunting and yelps. Doctor came closer. Can you imagine his suprise when he saw two kids, a bear, a rabbit and a squirrel.

"Who are you? What are you doing here?", he asked in confused voice.

"It doesn't matter who we are! We are here because you have destroyed the west forest. We won't let you destroy any more trees.", said Tommy in strong voice.

"Is that so? Do you know why I did that?", asked doctor in his weird voice.

"You may think I'm bad, but my intentions aren't. You see I cut that forest down because if my project goes as planned world will..."

"It doesn't matter! You have destroyed the forest, home of so many creatures.", said Tommy.

"Very well boy. I'll grow your forest back. If you remove that tent."

That way everyone was happy. Forest was regrown and soon animals came back. 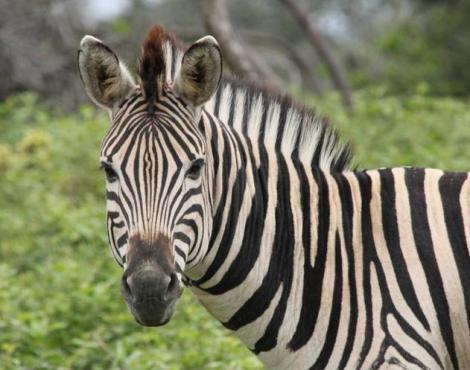