Once upon a time there was a man, an old man. You might think he was a regular grandfather,  but he was not! I know you are confused now, but don't worry, I will explain everything.  In daytime he was a grandfather of two lovely children but when night came and dreams took over, he started living his other, secret life as the king of Imaginary Land.

One day he felt that his kingdom was in danger. This was surprising because he didn't usually get signals from the dream world while it was still daylight. But this time it was different. He knew he had to do something.

He looked at the photos of his two lovely diamonds, his grandchildren. He knew that they loved adventures, and he didn't have any choice or anyone else to help, so he decided to send them to the dream land.

„But they mustn't find out I'm involved."  he said to himself, „I have an idea! I will talk to them through their toys. They come from the Imaginary Land anyway.“

So he stepped into action!

He called his close friend, doctor Ofarious, and asked him if he could transport Children to his kingdom. Ofarious said: “Yes, of course! With the power of science and electricity they will be there in o time!“ He easily made a potion that would transport them.

Meanwhile, Children were playing as usual with their toys when they suddenly started talking. Children were shocked, but very happy. Toys said that their king sent them to save his kingdom and that they needed Children's help. Children were quite astonished but they gladly said: “Yes! Let`s do this!“.

The toys led Children to Doctor Ofarious' lab where they hopped on a big skeleton-like transporter which took them to the Imaginary Land.

When they got there and looked through their binoculars they were delighted. Oh, how beautiful it was! The river Kingda was running so free, the smell of flowers and trees..., what a delight! They couldn`t understand what was wrong.

Then Bear said: “Yeah, but nothing is as it seems at first sight.“

Boy asked: “Why?  What is going on? We don`t understand!“

Squirrel answered sadly:“I will tell you... My friend Foxy said that the evil machines are destroying the land with their big metal hands. If we don`t stop them, this place will be destroyed soon and this land will no longer exist.“

Children were sad because they couldn`t help, but Bear said: “You can do everything my children. Maybe in your land you are the weakest, but here, in the dream land, you are the strongest!“ Now Children felt strong and powerful and ready to help!

Ofarious sent them a map that showed the way to The Weapon Of Peace, the only weapon that could beat the machines. But along the way there were many obstacles they had to pass. First, The Train Of Death. If they succeded, they had to go to the Evil Tribe Of Ahamuntas. The next stop was The Owl Of The Sleeping Curse. The last but not least was The Wind Tower which was protected by The Ghost Car. This was going to be a death ride...

They all got colourful shields and arrows which were filled with love. Why with love, you ask? Well, love was the only thing that could destroy the machines.

„Yes, children, you have to do this and you can!“ Rabbit said.

So they set off on an adventure. They were joined by many friends - animals, good tribes, and, of course, Ofarious`s eye was wide open, too.

It sounds dangerous, but don`t worry! At the end they suceeded, defeted the machines and the land was as beautiful as it was before. 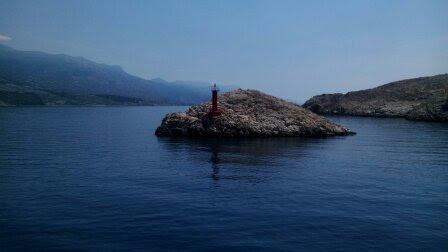