Once, not so long time ago, grandpa John was bored and he decided to take a look at his old photo album, his photos from early childhood. Going through old and dusty pages filled with memories preserved on paper, he found an old map. At first he couldn't rememeber what's the use of that map. Later, he remembered that when he was six years old, he buried something in the woods and made a map. He was really happy because of the map, but then he remembered that few months ago, a great multinational company deforestated almost every tree in woods where he spent most of his childhood. Not only the trees disappeared, but with them John's memories were erased and lots of forest animals lost their home. John was so sad he couldn't hide his sadness in front of his grandchildren, Henry and Anna. Being worried for his grandpa, Henry and Anna begged John to tell them what is bothering him. When John told them everything, Henry and Anna didn't hesitate, not even a second. They decided they are going to cheer up his grandpa and find what he buried many years ago. Next day, they were ready for the adventure to start. Henry and Anna told everything to their friends, bear Grills, squirrel Jill and rabbit Esco, who decided to help Henry and Anna in their adventure. Together they went in adventure. After the initial excitement, they got dissapointed because they realized it is almost impossible to find what their grandpa buried between trees. But, they decided they aren't going to give up so easily. They went into house of Anna's crazy, but good-hearted uncle Mathew, who was a scientist and inventor, where they found old and dusty chest in which they found sorts of good looking costumes. Dressed up in all kinds of superheroes, they believed they could conquer the whole world. When they were sneaking out of Mathew's house, Mathew accidentally heard creaking of floor board and he was frightened when he cought sight of dressed children. He forced them to tell everything about their adventure. He was pretending he was just interested in what they are going to do, but actually, he knew they are never going to really find what John buried between  trees, so he locked himself in his lab and got laid on work. After couple of hours, „Time Traveler 1.0“ was done. Mathew travelled trough time and, with the help of his sleeping potion, put to sleep secretary of the director of the multinational company which deforestated woods and with that act, he stopped faxing of the document that needed to confirm deforestation. When Mathew returned to reality, everything in woods was blooming. Bees were cheerfully jumping from one to another flower, butterflies were performing dance performances while wind was playing with children's hair. Atmosfere in woods was magical. Children were now finnaly able to find what John buried long time ago- they found some kind of envelope. Mathew was watching children, who were happy because they thought costumes helped them with their finding, with a huge ear-to-ear smile on face. Mathew promised himself he will never tell anybody about his act of saving the woods because joy of children was more important to him than his own fame. When they returned back home, Anna and Henry gave envelope to their grandpa John. John cried out of luck, while there was an inexplicable glow in his eyes. He opened the envelope and took a photo out of it. There was a small girl in the photo. That girl was John's wife that died few years ago from cancer, and she was John's first and only love. Looking at the photo with the same glow as he was looking at his wife for the first time he met her as a six year old boy, he put the photo on his chest and dropped a tear all grateful to his grandchildren who believed in themselves and found his buried treasure. 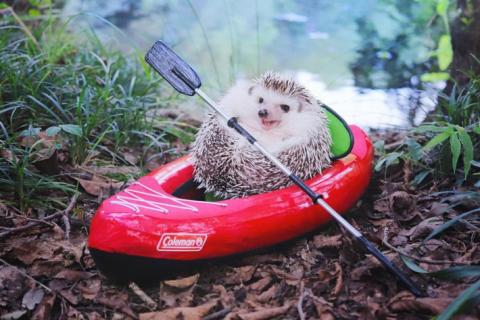