This is a story about two kids and their animals. Those animals had powers. They could talk. One day they were outside watching nature. They were bored so they went inside. They found a room, it was very spooky and there were a lot of spiders. Inside that room, there was a chest with a lot of toys. The bear said: "Wow, look at all these toys! There are so many of them!" The kids were surprised.

In that chest, they found a map with clues. They didn't know where it was leading to. They saw a castle, an owl, a boat, a tent and a car. They dressed up as treasure hunters and some mythical creatures. The squirrel was Batman! The bear was a pirate, the girl was an Indian, the bunny was a knight and the boy was a dragon.

They went downstairs and saw a scientist on TV. He was turning people into his helpers! He was burning the forests. Some animals lost their home. There was an old man that was living in the woods. He lost his home.

The bunny said: "That might be where the map is leading to!"

So they went to the castle. It was turned into a museum and they found some clues where to go next. The clues were about the top of the mountain. It said there was a teleporter! They wondered what it was for. The bear said: "Maybe the scientist will teleport somewhere!"

So they went to the mountains. They were exhausted when they reached the top. There was a teleporter on the top and a note. It said that there was an old man that knew something about the scientist. „That is our clue!”, said the rabbit. They went to the tent next to the spot marked with X on the map. They found an old man. He was watching some pictures. Those were pictures of his son. He seemed sad. „Do you know something about the scientist?", they asked him. He told them. „He took my son and he burned my house. I'm living in a tent now. I don't know where my son is!”- He was sad and worried.

Then they went to the X spot! They saw the scientist in his little hut. They had to make a plan! They went back home and a few days later, they had a plan! It was to scare the scientist.

They went back to the castle and saw a clue that said: There is a telescope on the top of the mountain. You will see something. They went to the top. They saw the scientist in front of the cave. A few moments later he went into the cave with a suspicious face. The bear said: “I don't like his face! Maybe he has done something bad.”The squirrel shouted: “The old man! We have to see if he is all right!”

They went to the old man but he was gone with his tent. They found a note that said: Please, help! The scientist has gone mad! He has taken me and probably will turn me into his helper. They went to the tree. They saw something. It was the other piece of the map! It had another X! The squirrel said: "It must be the place where we saw the scientist!"

They went through the woods. It was dark. The girl was scared, but the animals tried to calm her down. They had to run from the wolves. Finally, they arrived on the X, but they didn't find anything. "The bunny said: Look, there is a cave! It's the cave where the scientist was!"

They found him. They remembered the plan. They had a little bit of light. They were standing at the door and made a shadow of a dragon. The scientist was so scared that he made a portal to another dimension. The kids never saw him again in their life. The next day they framed the map and put it on the wall. Their parents were proud of them.

A few years later, the forest was growing. It had a lot of trees. Kids were playing in the woods, by the river. It was so much fun. One day they saw an old man. He came there with his son. He was happy. He had a new house. It was very big. His son was very happy.

They remembered the scientist. So what actually happened to him? He teleported to the planet that had no life. He was so bored and remembered how much fun he had on Earth. He teleported back to Earth and he was living a whole new life. He was happy with his life and never did anything bad again! 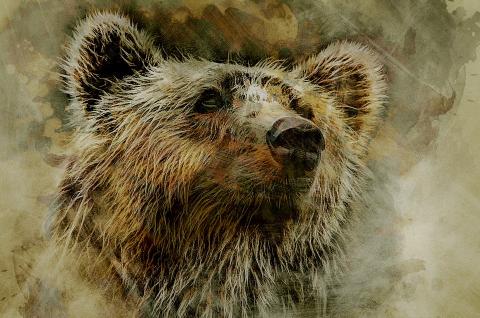