The Tragic Story of Harold and his Forest

Harold was flicking through his old photo album. All those memories of when he was a child were coming back to him: how he used to play football with his friends, how they went trick or treating at Halloween… But, there was a photo that stood out and it was the one with him and all of his closest and dearest friends: Sarah, Veronica the bear, Carl the squirrel and Benny the bunny.

As a young boy, Harold lived in a small town called Traintown. He and his friends had their special place: a treehouse that they had built themselves in a beautiful forest nearby where they spent countless hours playing. There was also a river flowing through the woods and sometimes they would camp there or go fishing. One day, as they were walking through the forest, they came across a treasure map. They clapped their hands joyfully and decided to follow the leads. Harold took a pair of binoculars and off they went. The trail lead them to an old house deep in the forest they had never seen before. In front of the house there was a note saying: 'Toy House'. They were so excited and they ran into the house but there were no toys there. They were terribly disappointed and were just about to leave the house when Harold noticed another note that read: 'The toys are in the attic'. They clapped happily and up the stairs they ran. When the reached the attic, they saw a number of big chests. They opened up the first one but it was empty. The second one was filled with camping equipment: a lantern, some tents and ropes. The third one was filled to the top with costumes, board games, toys and puzzles. Veronica then remembered there was a costume party in the town that day. They all grabbed a costume and hurried out of the house. When they reached the town, the party had already started but they were not too late. They danced and had a lot of fun. After the party everyone went back home to their families.

The next day they all met in their special forest again and played hide and seek and other fun games. They soon got tired and sat down by the river to rest. Carl started talking about this crazy scientist that was scaring children with his inventions all around the town. They all agreed he was a terrible man and decided to give him a taste of his own medicine. They all came back to the old house in the forest, took some costumes from the chest in the attic and came up with a cunning plan: they would make a huge scary shadow. Veronica would be the body, Benny the tail, Harold, Sarah and Carl the head. They sneaked up to the lab trying not to make a sound and scare the scientist. They all stood on Veronica, took a flashlight and started making spooky voices. The scientist got so scared that he ran out of the lab yelling: “Mommy!” Harold and his friends started laughing and soon they were rolling on the floor. When he realized what was going on, the scientist got so mad and started chasing them round the lab. But, they were too fast for him and got away. The scientist was a really terrible person and he decided to get his revenge. He hired a team of lumberjacks and they cut down the forest where Harold and his friends played. Carl, Benny and Veronica were horrified when they saw what had happened to the forest that was their second home. Still to this day there is no life there, no joy, no laughter, no happiness…. 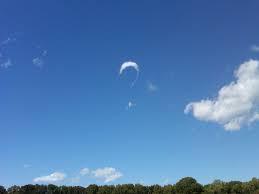