I have always loved stories that my grandpa Louis made up. He told the best stories in the world. They were all about his childhood. Every day after school I ran to my grandparents’ house. My grandpa would then take out the old photo album with pictures from his childhood. He told me about his father and sister Phillipa, about his best friends and all the adventures they had.

He often talked about his father. My great-grandfather's name was Charlie, just like me. He was a doctor, but he loved doing experiments. He was in his laboratory every evening after work. He took notes about everything. He used to show his children tricks and then he would explain how they work. Then he would tell them a story, it would always be the same one.

It goes like this: Once upon a time there was a fox called White. He was the bravest fox in the forest. He could do anything. Every day he would go to the village outside the forest and steal the prettiest flower for his lady fox. Her name was Char and she was the most beautiful fox in the world. They were so happy together.

One day evil people came and started cutting down trees. All the foxes were sad and they decided to go and live somewhere else. Everyone but White. He wanted to stay in his home. Not even Char could convince him to go with them. He stayed there for weeks after everybody left. When the last tree was cut he took his things and began to look for his friends. But he couldn’t find them. They were all far away. He decided to go and look for them. He looked everywhere but he couldn’t find them. After 100 days he found a forest where he decided to rest. Later that week he found his friends and family. That taught him an important lesson: “You can’t always be brave.”

Great-grandpa Charlie invented something called BoomMaker. It was an invention that turned normal animals into talking animals.

My grandpa's favourite part of the day was playing in the forest with his friends. My grandpa Louis, his sister Phillipa and their best friends Tommy, Scarlet and King would play there all day long. Tommy the Bear, Scarlet the Squirrel and King the Rabbit were animals with the power of speech. The five best friends were having fun every day. They would run, do tricks, make up stories or play hide and seek.

One day they found a map. It was a map that led to the hidden treasure. They were searching everywhere but they could not find the castle from the map. At the end of the day, they decided to continue their quest tomorrow. They brought binoculars and looked for clues everywhere. They found a mountain and a forest. Then they went south and took a train to the marina where they found an old boat. On the boat, there was a wooden chest full of cool costumes.

They were happy because they found the hidden treasure but they didn’t know how to use it. They were waiting for the day they could wear the costumes. My great-aunt Phillipa suggested they wore them for someone's birthday, King agreed. Scarlet wanted to wear it for Thanksgiving, but the rest of the friends said no. Two days before Aprils Fools’ Day my great-grandpa Charlie took his children to a farm. Aunt Phillipa was scared of chickens and great-grandpa Charlie told her to be brave. When they got home Tommy the Bear had an idea. They were going to dress up and scare grandpa Charlie on the night of April Fools’ Day. They found the scariest costumes and put them on.

My grandpa Louis was a dragon, aunt Phillipa was Pocahontas, Tommy was a pirate. Scarlet dressed up as Batman and King was a knight. Later that night they broke into the laboratory and pretended to be the shadow of a dinosaur. Grandpa Charlie was so scared that he screamed. In the end, he learned something: “You can’t always be brave.”. 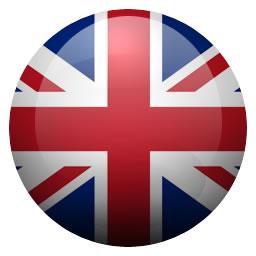