Marcus was looking at some old photos in his album and he remembered a story he heard as a young boy:

Once upon a time there was a group of forest friends who lived and played in a beautiful forest. They were all happy, playing hide and seek and other fun games. One rainy day a scientist came to the town and found a treasure map. The map lead him to the forest. When he saw it, he made an evil plan. He decided to cut down the forest so he could build his laboratory there. He started cutting down the trees and the friends who loved to play there saw what was going on. They tried to stop him. But, it was too late. The scientist had already cut down the whole forest overnight. The friends were heartbroken. they needed a new home. They started looking everywhere. First, they came to a town, then to another forest, then to the seaside, to the mountains, but no place was like their old home. After they lost all hope, they found an abandoned house with a strange chest in it. There were Halloween costumes in it and some toys. The friends had an idea: they would scare away the scientist. The bear dressed up as a pirate, the rabbit was a knight, the squirrel was a superhero, the girl was an Indian and the boy a dragon. Now they only had to go back to the scientist’s lab. They came back to the desolate forest and saw his new huge lab there. They sneaked in and, using shadows, scared him away. The forest friends got their home back and replanted it with new trees. The friends stayed together happily ever after in a newly planted forest. 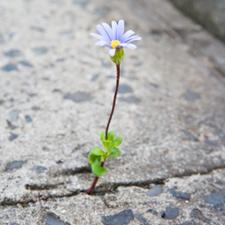