Once upon a time there was an old man was watched his pictures in the album every day. When he came to the adventure site he saw a map, I think it was the map with treasure.Now let's start his trip. When he was just a young boy, he had a sister,  younger then him. And he had a pet… it was… rabbit? No, it was a squirrel. Yes, and his little sister had a tiny rabbit or bunny.  I don't know.

So, he and his little sister and their pets went on an adventure.

If you are wonder how I know that -  I have his album in my hands. And why? I am his relative, and he is dead. Rest in peace.

Now, they started at home. Their home is near a castle. As I can see,  they were first in the enchanted forest . Oooo, now I get it. It's so simple. When they were in the forest, a bear hid himself behind… Just wait for it… he hid himself behind the lawn…. And nobody saw him all day….

When they noticed him, they were like Edvard Munch's Scream. Oh I'm just kiding, that was their old friend from tv, nothing special. They were so happy because he was with them. And they ran through the whole forest until they were tired. The next day they lost Mr.Squirrel. And they come back but… he wasn't there. The forest wasn't there too. Evreything was gone. But then they saw him. Mr.Squirrel was flying and he brought them costumes. The boy was a dragon, his little sister was an Indian Chief. And pets? They were a thief (Mr.S), a pirate (the bear) and some strange guy (the rabbit).

When they were 1 mile from the destination, I mean 100 meters, they stopped by  to see the future Einstein. I can say, from the picture, that he was… hyperactive, and looked a bit like a Sociopath. He was reading, I think that those were comments from his 'fans'. But he wasn't that

stupid. But he looked like that. He kidnapped the kids by bike, but he could not drive them all so

some had to walk. Oh I'm terribly sorry. I forgot pets. The professor was afraid of pets. So kids were smart and they built a huge monster. I think that the professor peed out of fear so the kids ran away to the red X. To destination. And that red X was kindergarden. And it had a dusty ceiling. It was full of spider web and mouse holes, but there was a beautiful chest. The boy has opened chest and they saw old-fashioned toys. But it was trasure for them...   And he would always remember that treasure hunt. 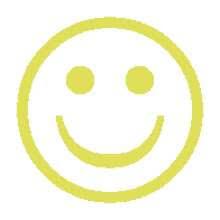