A GREAT FOREST CATASTROPHE IS AVOIDED

The forest Belmorh was the most beautiful place in the world. In the forest lots of animal species found their home. But one day loggers and builders came and cut down all the trees because they wanted to build a new city there. They were coming only during the night and that disturbed all the animals. After a few days when all the trees had already been cut down, the project was stopped because of the lack of money. But the forest already became a plain meadow and all forest animals became homeless.

This whole situation was observed by a group of two children, Simon and Ally, and their animal friends: a squirrel, a bear and a bunny, called the Guardians of Nature. They were shocked by everything that had happened so they wanted to help. They invited fox Firefox to dinner to find out all the details because she had also lost her home.

The following day Simon remembered that they had an old chest in the attic with an interesting map inside. The chest was difficult to find and they were looking for it all day. By the end of the day they finally found it. Inside the chest there were some funny costumes and some old toys, but there was no map. So they looked all around, but nothing. Just then Ally accidentally fell into the chest and found a secret compartment inside it. But to unlock the compartment they had to have a key. Then Simon suddenly remembered that he had a key that his grandpa had left him before he died. Simon tried to unlock the secret compartment but without success. Then he realized that he had to turn the key upside down and finally he managed to unlock it.

Inside they found the map with a note which said ‘Simon’. Simon opened the note and inside it was written:

Dear Simon, I knew you would read this one day. I'll probably be dead already, but if you read this, it means that you need help with a serious natural disaster. Go and visit my friend, scientist Mermold and he will give you a serum to help save the nature. But be very careful because he will help you only in a very serious situation. Otherwise, it could become even worse than it is now. I’m giving you the map - it is the way to reach him. Good luck.

Simon, Ally and the animals put on the clothes from the chest. Simon became a dragon, Ally was an Indian, the squirrel was a batman, the bear was a pirate and the bunny was a knight. And so, the adventure began. The journey to scientist Mermold’s house was full of excitement and trouble. They faced great danger and difficulty. They travelled by train, by boat and even by bike passing through mountains, a forest and a river.

Finally, the house of the scientist was visible in the distance. When they came to the Mermold’s house, it was dark. The only light was the moonlight. They looked through the window and saw the scientist sleeping at his desk which was full of papers and in a terrible mess. The Guardians of Nature came inside and turned on their torch. Their reflection could be seen on the wall and they looked like scary monsters. The scientist woke up and thought that it was a nightmare so he fell unconscious. When he opened his eyes he saw that the monsters were in fact kids and animals. The group told him their story and asked him for help, to make a serum to rebuild the forest. At first he refused, but after a few minutes of thinking he agreed. In fact, he had an ulterior motive, an idea to destroy the entire forest and he thought this could be a great opportunity to achieve his goal.

But the Guardians of Nature discovered his evil plans and they tied him up to the chair until he promised to help them and not to destroy the forest. He was afraid what all these animals, who have lost everything, could do to him so he agreed to make the serum. The serum was made out of special African black soil (for good and fast growth), small drop of clear water from the Innocent River (for new power and heeling that is so strong that it can wake up dead trees), few drops of mountain rain (for surviving the strongest winters and northern wind), tulip flower petals (for beautiful and gorgeous new buds) and thunder stroke (for the forest to be alive, to help animals and protect them from all bad human influence, so such catastrophe would never happen again).

The group followed the scientist’s instructions carefully and applied the serum to the meadow. After a few days the trees grew again in all colours and species, flowers smelt like the most expensive perfume in the world, the animals were so happy to see their lovely homes again, the birds were flying and singing again, children started playing games in the forest and hanging from the trees, the people were walking and hiking again. This place became a big attraction because lots of people heard that this was a magical forest, that can heal everything. The Guardians of Nature saved again another forest with the help of Simon’s grandpa (may he rest in peace).

This is a story that I will always remember. Even after thirty years I still remember all the details, I remember that my grandpa had great, but sneaky friend scientist Mermold. Lately I’ve been asking myself: “Why me?”. It looks I’ll never find out. But I will continue to tell this story to all new Guardians of Nature, to all my friends and all generations that will come after me. 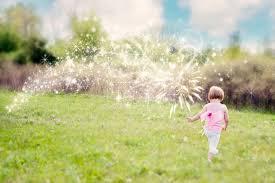