It was autumn. Denny and Nelly were masked for Halloween. It is called Maškare in their country. Nelly had a costume of an Indian girl and she was very happy. Danny had a dragon costume which was very heavy and hot. So, when he got home, he decided to take Nelly to attic to find a different costume. They found many interesting things. One of the things they have found was a box with Denny's grandfather's name on it. He opened it and found a pair of binoculars and a mysterious map. Nelly thought that the S at the end of the map was mister Scientificus' sign, but Denny laughed at her.
The evil Scientificus was in his castle that had a flag with his name written on it. He knew that someone found the map. His aim was to destroy the nature. He didn't want people and animals to be happy. Nelly and Denny were in the forest at the time. They were having a good time with their friends, the rabbit and the bear. They forgot about the map, but Scientificus knew they would come and get him. He was afraid. Still, that didn`t stop him. He cut down the trees. The poor animals had to leave. Nelly and Denny saw that and knew that they have to stop him. They took a train they passed the forest, they passed the mountains, and came to Scientificus' castle. With the help of animals and wise owl they chased away the evil Scientificus and he never came back. The forest grew again and the animals came back.
After many years, Denny was an old man. He was looking at his photo album. He remembered  the time when he was a boy and when Nelly and he saved the forest and the animals. 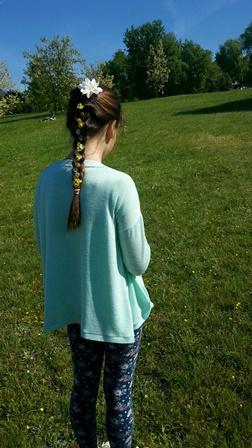