Hello! I am George and I'm 65 years old.Today I've decided to go through my old photo album and remember my childhood. Here's the photo from my odd journey with my friend Emily, Wilbur the bear, Mr Hoppy the rabbit and Vivian the squirrel. That was 55 years ago, but I can remember it as  it was yesterday. So let me begin with my story... It all began one day when my friends came to my house to play together. We went to the old, dusty basement where I kept all my toys. Suddenly, Vivian fell into the toy box and seconds later, her little head appeared and she got out of the box. Vivian had a weird, unusual paper in her hand. She started jumping around and it was hard to stop her. When she finally calmed down, she showed us the mysterious map which led to the hidden treasure. I didn't even know that I'd had that map all that time in my toy box! All we had to do to get to the treasure was to take a train pass the scary, old castle, drive through the tunnel in the snowy mountains and we would end up in the forest where the hidden treasure was. It wasn't hard to make a plan. We decided to look for that treasure! And so we  passed by the castle and went through the mountains. I took my spyglass and saw the forest we were looking for. I thought it was quite bare and lonely. There were only stumps, no trees. There was no sun. It was so gloomy. There were no animals, only a little fox who was just leaving her home. We decided to talk to her. 'What happened to the forrest?' Emily asked the little fox. 'It was my home... Actually, not only mine. Many more animals and my friends had lived here. But since those miserable big machines had come and started ruining the whole forest, all the animals had left and moved out of the forest. ' ,the fox explained. „That's so cruel... Is there anything we can do about it? Maybe we can help.“ I kindly said to the fox. „Well, I know that those machines are working for the crazy scientist who lives up the hill in that big, scary castle. He controls the weather and the machines with his light bulb. Maybe if you could distract him and take control of his experiment  the forest could return back to normal! ', the fox said hopefully. We put on some scary costumes and looked at the map again. There was the path leading to the castle and we could ride bikes through the forest on the other side to go there. We did so and carefully tiptoed inside the castle. As the doors opened, sun shone in the scientist's room and we made a scary shadow  which looked like a horrible monster. The scientist had a surprised, scared face expression and all the things from his desk, including the light bulb, fell down and the papers flew around. The light bulb broke into pieces and the magic from it turned back to the lonely forest. We followed the magic and the lonely forrest was again full of trees, animals and sunshine. That was the moment we realised – the forest was our hidden treasure. 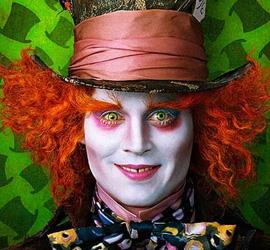