There was once a man who lived with his two children on a farm. The children were a boy and a girl. The boy was called Peter, but everybody called him Pete, and the girl was called Ana. They were poor but they still had enough money to take care of the primary things like bills, food and water. But this wasn’t just an ordinary family. They could speak to animals. So the children got up early every morning and made new friends. The ones that stuck with them were a bear named Mike, a squirrel named Nick and a bunny named Rick. But what none of them knew was that the next morning would give them a story to remember.

The next day after their usual morning routine they went out to meet with Mike, Nick and Rick. Then they went to look for stuff to play with in their toys box. Out of all the things they could pick, one thing stood out the most. They took some old dusty binoculars out of the box. Ana took the binoculars right out of Pete’s hands before he could react. Ana went to the bathroom with the binoculars still in her hands and dust fell off of them right onto the floor. She took a towel and soaked it with water – with it she rubbed the binoculars clean. They all went outside and tried them on.

When Pete put them on he looked around for a while but right before it was his turn to give the binoculars back to Ana he noticed a bottle dug into the ground. He took off the binoculars to go get the bottle but he didn’t see it anymore. He was extremely confused. He told the others what he had just seen. Ana took the binoculars and wanted to see it herself. She was just as puzzled as he was. So were the animals. Pete put the binoculars back on. He saw the bottle again. This time he didn’t take off the binoculars, he just started walking towards the bottle. When he grabbed it, Ana, Mike, Nick and Rick told him to take off the binoculars. He took them off and he could still see the bottle. It was like he took the bottle from one world to another. When they all came to their senses they realised that the bottle wasn’t empty. Through the thin glass that the bottle was made off, they saw an old and crumpled paper. Nick took it out with his small hands. They all gathered around him and waited nervously of what’s to come. When they opened the paper they saw a map. They saw some features on the map. In the area they were standing now, on the map there was a cabin. There was a path from there. The first destination it led to was a forest, the second was through a cave and a third was to a castle. They all thought the same thing and it was to follow the map.

They ran home, packed some things and started following the path. When they came to the forest, there were machines there cutting down trees. It was illegal to cut trees in that area, so Pete came up to one of the men and told him that. The man told him to move and to mind his own business. Pete called Mike and told him to scare off these mean people. Mike came up to one of the men and roared at him. The man started running in fear. The other people realised what was going on and started running too. Just a small part of the forest was cut down so it wasn’t too big of a damage. They were all just happy that they had helped the nature. After that they started walking towards the cave. Ana was leading the group because everyone else was too scared. Ana was laughing so hard, her whole face was red. They were half way through the cave when they couldn’t see anything anymore. Pete brought a flashlight just in case it got too dark in the cave and it was a good thing he did. He took it out of the bag and turned it on. They all got scared when they saw a bunch of bats hanging off the ceiling.  They all just carried on walking trying to forget about the bats. When they got out of the cave, they saw a big castle. It looked abandoned. They went inside, but the castle wasn’t abandoned. Inside there was an old man. It looked like he was experimenting on some animals.

When Mike, Nick and Rick saw this they almost jumped out of the hideout, but Pete and Ana stopped them at the last second. The animals said that it was wrong and that they should do something about it. Pete said that they will but not without a good plan. Pete said that he had some stuff in his backpack that could help them. He said that they could put masks on and trick him into thinking that one of his experiments went wrong. They all agreed. They put some clothes on and on Pete’s sign they all jumped out of the hideout at the same time. The old man was startled. He ran out of the castle and for all we know he probably never came back. The kids and the animals took off their costumes and started unlocking all of the animals’ cages. When they freed all the animals they went home and told the whole story to their dad while the freed animals, Mike, Nick and Rick went to their homes. Their dad was terrified of what could have happened but he was happy that they’re okay now. 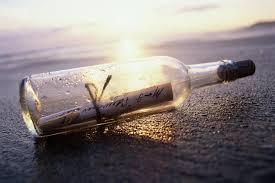