It was a dark and cold evening. Huge and heavy clouds were covering the heavenly blue sky. Jenna was not in the mood for anything that evening. She was feeling sad and lonely. She didn't want anyone from her family to see her feeling like that, so she went to bed. A couple of minutes later, someone knocked on her bedroom door. It was her grandfather. He was the only one who noticed how she felt and he wanted to cheer her up with one of his old stories from the past. He walked into her room with a dusty old picture album. He sat down, turned on the lamp, and started showing her his old pictures.

A long time ago, her grandfather Josh and late grandmother Zoe were best friends. They were always hanging out together and they always looked after each other. One day, Zoe’s parents announced that they were moving. They couldn’t find a job so they were going away in search of a better life. Zoe and Josh were so sad. They didn’t want their friendship to end because they were like a brother and sister to each other. The last day before Zoe’s departure, her parents asked Josh to help them with the packing. As they were cleaning the old stuff from the garage, Josh accidently pulled out an old chest. A moment later, an old paper fell out of the chest. He raised it and opened it. It was a treasure map! They both assumed it was a scam because there’s no such thing as treasure hunts, but since it was their last day together they wanted to go on their last adventure. Before they set out, they did a little research about the map. Zoe went to the nearest library to get some books and Josh was on the Internet trying to find out something more about it. According to some information they found, the map was made by a scientist who lived in a magical world of his own creation. He was a good person and he always wanted to help people with their problems. He was one of the world’s famous scientists at that time. But one day he had an accident. He was trying to discover some new cures, but that didn’t turn out very well for him. He accidently mixed two wrong potions and created some unusual creatures that destroyed his lab and escaped into the woods. As a result, he created a protective fence to keep the creatures out of our world. The lead said that the only way to find that magical world was to find a little, almost invisible wooden house all covered in different plants and moss in the deep forest. They immediately grabbed their backpacks and went into the woods. They walked for hours and they still didn’t make it to that house. Tired and exhausted, they continued walking. The sun was almost replaced by the moon. They finally stopped by the lake and set up a tent for the night. In the middle of the night, a loud noise woke them up. They heard someone getting closer to the tent. Josh went out to see who it was. When he looked across the forest he saw a big, massive bear, a little bunny along with a small brown squirrel. But the bear didn’t attack them as an ordinary bear would. The animals were talking and acting exactly like human beings. Josh called Zoe out because he thought he was hallucinating. But he wasn’t. The animals were very friendly and they came to the tent only because their home was ruined. Massive machines cut down almost all of the trees and ruined home for thousands of animals. The next morning they continued the journey together. After a while Josh took his binoculars and saw something similar to the house in the map. Even though it was still very far away they were so happy and excited. But to get there, they had to go across to the other side of the lake. They couldn’t just swim over so they built a raft from the wood they collected. After they crossed the lake they finally made it to the house. When they entered the house they found themselves in a magical world. But, there was something missing. The creatures that were mentioned in the legend were not there. They were angry and sad because that wasn’t what they expected! They wanted to get closer to the scientist so they disguised themselves and went back to his lab. The scientist was peacefully sitting in his chair doing some paperwork. When he rose his head up he saw a shadow on the wall. It looked exactly like his unusual creatures. He freaked out and hid under the table. When the group of friends saw his reaction, they removed their masks and walked up to the scientist. They talked for a while and explained everything to each other. Then, Zoe’s parents arrived. They were relieved to find their children. And what a surprise - it turned out that the scientist was their old friend! After a long conversation, he even offered them a job in his lab. Their life got better from that moment on. They didn’t move out from the city and the animals stayed in the scientist’s magical world where they had a comfortable home and someone who would look after them. It was a happy end for everybody.

When he finished his story, Jenna’s grandfather noticed the girl was fast asleep. He turned off the light and went to her bed to tuck her in and kiss her goodnight. He knew she loved his stories and she was about to set off on her own adventure in the land of dreams. 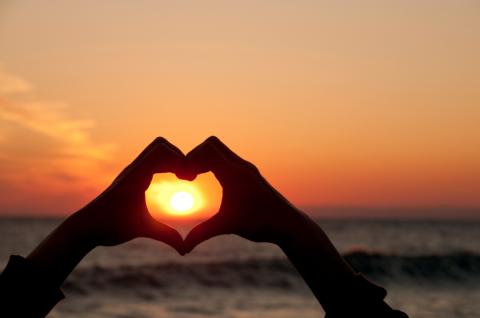