Back in 1970's there were two brothers Jack and Stan. They were inseparable and they loved each other a lot. They went to school together, to the cinema, to the playground they went everywhere together. But one day when they were fourteen they went into the woods, but Jack felt down into a secret path to hidden village of elfs. Stan did not saw where did he fall and he trying to find him for two hours. Jack saw that they were using magic for decideing someone path in life and their luck. He wanted all for himself, but Gandalf The Superior Elf stopped him and throw him out of the village and hide the path.Jack told Stan everything, but Stan didn't want to be bad and evil, so he refused him. Jack then started ignoring Stan. Stan went to the woods and he searched for the path and after few hours he found it. When he got into the village, he saw magic and Gandalf explaned him everything and told him he has to stop Jack, beacause if founds it he will become to powerfull. Stan tried to answer Jack out of this, but he didn't want so they became enemies. Jack tried to find Treasure of Spells for thirty years in which were The Scroll of Truth and Mjolnir on the Scroll was shown the village and all magic and Mjolnir. Mjolnir was a magic stick with who you could restore and time travel. For next thirty years Jack tried to teleport himself, find the secret path using his extremly advanced gadgets, he even hired a witch to try and find elf to tell him where is path, but every time he failed, because of Stan. Stan got power of misfortune. He used it for stopping Jack. Jack divoted his life mostly to his wife Sarah and child Kirby. Stan raised Kirby to be a good man, not like his brother. Stan knew that Jack was to powerfull, so he didn't want put Kirby in danger. He waited to have grandchildren and for Jack to become less powerfull. Kirby got married and got two kids Lee and Roger. When they were fourteen, Stan told them about his brother and elfs. Lee and Roger were curious , they went to the woods and then they saw elf and followed him into the village. Then when they were in village Gandalf explained them everything and told them they have to stop Jack because their grandpa was to old, and everyday Jack is closer and closer to finding the path into the village. Jack knew that Stan can't sop him anymore so he destroyed woods and fox called Beni, bear called Wade and rabbit called Groot lost their homes. Roger and Lee found them and said they will help them to restore their homes. 5 of them went on a adventure to save the village . They went in a village where Gandalf gave them powers and clues. He gave them copy of the Scroll. After school everyday for 3 years they were trying to find The Treasure of Spells and they did. They restored the woods and destoyed The Scroll and Mjolnir. Jack knew he can't find Treasure anymore, so he quit. Jack apologised to Stan and they became friends again. Stan showed Jack village once again and jack apologised to the elfs and Gandalf and they never saw elfs again. 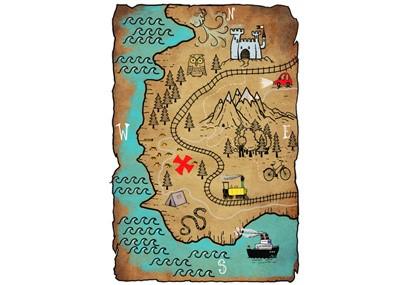