It is 8:24 in the morning. I was just thinking ... We live in the 21st century in a small hut next to the river in a forest where many inhabitants live. My name is Max and I'm 14 years old. I live with my sister Amy and my grandfather Winston. Our parents went to the Amazon to rescue some species of animals from extinction. People are destroying the Earth by using different chemicals that pollute water and soil, they are using too many cars and polluting the air. But the biggest issue is the deforestation.

My friends from the forest often visit us and we play together. They are very playful and we love them so much. Our friend Billy is a bear. He loves eating honey and sleeping, but he always finds time to play with us. Our friend Gracia is a very elegant squirrel. She follows the fashion and always had a perfect fur on her tail. Our playful bunny Aro is always in full swing. She always jumps and runs around. One day they came to us to play and we decided to clean up our grandpa's attic. Everyone was afraid to go inside because it was dark and dusty, but our brave friend Billy decided to go in first. We spent a long time cleaning the attic. After a while, we all got tired and decided rest, but Aro wanted to snoop around. She came across an oldchest that was too heavy for her. We ran to the chest and opened it together. There were various things in the chest, such as old toys, some old papers with notes, my grandpa’s photos, and at the bottom of the chest there was a big heavy book that was full of dust so we couldn’t read the title. We removed the dust from it and saw the title "WINSTON'S SCIENTIFIC JOURNAL". We did not know what it was, so we decided to take it to our grandfather and ask him about it. Grandfather Winston sat down, lit the lamp, put on his glasses and opened the book. The book contained his records of various plants and animals, forests, deserts, weather and human feelings. He showed us some photos of species that were extinct and he also told us that we are destroying the nature and that we will die if we don’t start using renewable sources of energy. We decided to go for a walk to think about what grandfather Winston just told us. Suddenly we heard a loud noise. We saw something was happening, but weren’t sure what. I took my binoculars and got very upset with what I saw. Amy pulled my sleeve to take the binoculars to see what was happening. Large yellow excavators were destroying the forest, our home. The trees were falling, breaking, the animals were running, crying and it lasted all night long. It was almost morning when the workers went away with their machines. The scene was horrible, so empty, no more trees, there was nothing left but the tree stumps that were disconsolately crying. The animals were left without a home, our home became so empty. And because of what? Disgusting human greed. We all ran to our grandpa in tears. Grandpa Winston said not to worry and opened his diary. He took an old paper from it and said: "Go, children, find your own way, save our home.” He handed me an old map and went to his room. When we woke up in the morning we packed our things and started our adventure using the mysterious map. We walked and wandered and arrived in front of a small village. There was a poster on one of the trees saying: "NATURE PRESERVATION- THE SHOW“. We went to the first store that sold costumes and bought the costumes for our stage performance.
I was a dragon, Amy was an Indian, Billy was a scary pirate, Aro was a knight and Gracia was a superhero. We came a minute before the show started and our performance was a total mess. The mad scientist Plantoar was watching the performance. First, he did not like the show, but after a while, he started to have fun. When the competition ended, Plantoar approached and greeted us. We immediately realised that he was a scientist and that we should ask him for help about nature and its preservation. Plantoar accepted to help and we all went with him to his lab. We spent 2 weeks there. We researched how to use renewable energy sources. Plantoar came up with the idea that we cound use animal faeces instead of fuel and lightning instead of electricity. And instead of cutting trees for paper we should use grass. However, the biggest inventions were modified oak trees that could grow up to 8 meters per week. We all said goodbye to Plantoar and went home. When people saw our inventions they were happy. We planted the trees and the forest was as it was before and maybe even a little better because of the ecological breeding and care. We were all happy and we could enjoy the beauty of nature with all our friends from the forest.

It is 8:24 in the morning. I'm thinking about a better world, a better future. 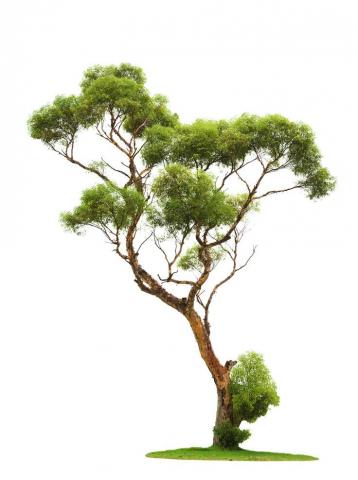