Nick and Sarah on a mission

Sarah and Nick were bored but they didn't know what to do...

Sarah: "Wait a minute! What's that box doing there? I'm going to explore it! Nick, are you with me?"

But suddenly, someone knocked at the door. A big brown bear! Who is that behind him? A squirrel and a bunny? Yes, they are! The bear, the squirrel and the bunny complained about their forest being all cut down. They hoped that they would know how to help it.

Sarah: "Maybe there's something in that box!"

And she was right – in the box there were lots of dad’s childhood things and there was also a big old map!

Bear: “Those are our woods!”

Sarah and Nick understood what the animals’ problem was, but they couldn’t think of a solution.

Sarah: “How will we find the woods now that there are no trees?”

Nick: “Calm down, sister. Give me the binoculars. Mmmm… I think I can see a lab or something. Maybe something is there!”

When they came to the lab, the only thing they could see was a lot of paper. They figured that the old scientist was the guilty one. But how could they stop him? Of course, Nick had an idea.

Nick: “We’ll dress up! Squirrel, you can be batman.”

Squirrel: “Yay! I’ve always wanted to be batman! That’s my secret wish. I mean, that and to meet Zac Efron!”

Nick was a dragon, Sarah an Indian, the bear was a pirate and the bunny became a knight. They went on a mission. They will save the woods!

They reached the scientists and they confronted him.

Nick: “You! You thought you could do crime like this and get away with it?!”

The squirrel remembered the day when they cut down all the trees. She cried.

Nick: “Squirrel, why are you crying?”

Squirrel: “I always cry when I remember what had happened.”

Sarah: “But it’s fixed now. We can play in the woods again. The trees and the greenery are back. Look!”

Sarah and Nick’s dad found out what had happened. He saw the album in the box and remembered the old days. Sarah and Nick ran into the house tired but happy. It had been a magical day. 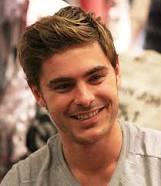