Oggy and the mystery of the hidden forest

Hi there fellas. My name is Oggy. Now, maybe I am an old man, but once, I was young too. Oggy is not my real name however. And maybe I look old, but I'm just 13 years old. Let me tell you a story of how I became Oggy. When I was 5, I liked playing outside. I played around with my little rabbit called Coco.I also had a little sister named Lilly. She had a stuffed bear called Jo.She thought it was alive. I also had a little squirrel named Tom. Coco was a little white rabbit. He loved carrots. I would carry him around with me everywhere I go.  One day we saw a big rainbow far, far away. I always wanted to walk under the rainbow, because „I would become a big robot“. So i thought, why not?

I ran into the house, grabbed my best toys, dressed Coco, and made a decision. „Let’s go Coco! The adventure is waiting for us! “I screamed and ran out of the house. Lilly fell asleep with Jo and Tom, so they stayed home. We started walking towards the rainbow.

I'm not really a sport person, so I was tired very quickly. I sat on the rock. “Mike!Mike!Look!It's a map!“(Mike is my real name). I was confused because I was alone. “Mike! Down here! “and then I realized, IT WAS COCO!Coco was a magical rabbit. He gave me the map. It was a really big map and on the back it said „The hidden forest“. “AAAAAHHHHHHHHHHH!“. „COCO!“ . Suddenly, I couldn't see
Coco. Where did he go?

„AAAAAAAAAHHHHHHH!“ I couldn't find Coco. I was really scared. I could just hear him scream. But, I found a hole. I jumped into it because I heard Coco inside. But it was a trap! Coco was trapped into a tree. Suddenly, I felt really sleepy. I saw and old man coming towards me. „Go to sleep Mike, go to sleep. “ „Mike! Mike wake up! “Coco screamed. I looked at him, closed my eyes and saw a big light. Then, I could hear some kind of machine working near me. „He won't survive this. He is not ready,hahahahahahahahaha!“

When J woke up, everything was blurry. I was really tired and couldn't feel my legs. I saw the scientist and I heard him say „It's done!“. I looked at my arms, my legs…I was a grandpa! I just saw the scientist doing something weird with a light bulb.

Then, I saw Lilly, Jo and Tom. They were dressed funny. And there was Coco too. They found me while they were playing in the forest. „Finally! “ I thought.

„HEY!Come here!Save me!“ I screamed. The scientist just turned around, looked at me and continued working. Then I heard Lilly say: „Don’t worry! We’ll save you. Just…don't worry. “I was confused but happy. I really wanted to get out of there. It wasn't nice at all. I started thinking about all the things I've been through with my sister and friends. I remembered that one time when we were playing together in the snow. We were dancing and having fun. I started crying. I thought I will die.

„Pst!Mike!“ I heard someone calling me. „His.Name.Is.OGGY!“ the scientist screamed and threw a ball at Lilly and my friends. „Oggy, my grandpa.“ And then I realized…I was just a random person who is a victim because the scientist wanted to have a grandpa again! I felt sorry for him, but I wanted to be normal again. Suddenly, there was a big „BUM! “. „NO! IT HAS RAISEN! “the scientist screamed. He looked at a wall and saw a big shadow was moving. He started yelling: „NO! My monster! NO! “He was really scared.

„Mike! “they screamed. „My name is Oggy now.“ I said. They were confused, but happy. They set me free and since I was scared, we decided to go back home. Then, Tom started crying: „They ruined my home! “. The whole forest was gone. His house was gone too. He was very sax, so we went home and made him a little house. He was depressed for a while, but he got over it. He would look through the window and tell stories about how he decorated his home, collected nuts etc. We were sad as well, but we made him a nice little home.

And that, my friends, is a story of how I became Oggy. Weird, right? Anyways kids, be careful where you go, because you might end up like me. Now, if you excuse me, my back hurts, I have to go and take a nap before my bingo show starts. Hahahahahahahaha, it looks like I really am an old man, right? 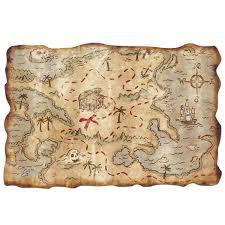