THE RESCUE OF ANOTHER DIMENSION

A boy Timmy and his sister Phonney are playing in the backyard. Phonney had visited her grandfather's small workshop and there she found a big map. She showed the folder to her brother.
Timmy started watching the map and then shouted: ''I know where that map is heading! Let's go!''
After hours and hours of walking they both sat under a big, green tree. They were tired and both fell asleep. Then Phonney was suddenly awakened by a weird voice. She asked: ''Who is there?'' But nobody answered. She asked the same question again but much louder.

A big brown chubby bear appeared with his big eyes and big paws. There was a small white chubby bunny holding a carrot sitting on his shoulder. Phonney was very scared of the bear. She was staring at his big eyes and he was staring at her small little blue eyes.
Then the bear told her in a stuttering  voice: ''Hello, what's your...mmm...Sorry, I'm a little ...shhhh...shy. My name is Oooo... Orky...mmm...And yours?''
Phonney looked at him in wonder and, still scared of him, answered: ''My...my  nnnname is is is...Phonney.''

The bear was very hungry and he asked for some food. The girl awakened her brother and introduced the bear to him. Timmy looked at the bear with half-closed eyes, he did not understand what was going on.

Orky told them that he and the bunny Nooby were hiding from the evil and crazy scientist Dr.Broculi who was behind the portal. Only the bunny could find the portal with his magic carrot.
Finally, the bunny Nooby found the portal in shape of a tomato and they all jumped into it. They were travelling through a colourful tunnel. All the way Orky was eating blueberries, apples and carrots, of course.

When they arrived to Knookyland they were terrified! The trees, flowers, fruits, berries – everything was gone. Well, only one bush was left. And they could hear somebody crying in it. Timmy peered into the bush and saw a squirrel there. He asked it what happened in that forest, what happened to the trees, flowers, berries and all.
''Dr. Broculi came with some big black scary machines and uprooted all the plants.'' – said the squirrel.

Phonney saw something glitter in the distance. It was binoculars with one broken glass. Timmy took it anyway and looked through them. There was a big rocky castle in the distance! Orky wanted to see it, too. He told them after a few moments that it was the castle of the mean and crazy Dr. Broculi. Timmy and Phonney were scared but Nooby came and gave them a bite of the carrot to get some courage.

The squirrel introduced himself: ''I'm Scort, Woogly Scort. You can call me Scort.'' And then Phonney noticed that her brother Timmy was missing!
Orky was trying to calm her down: ''Don't worry, we will find your brother...Don't worry!''
A man was shouting: ''Hey, guys! Come here. I have found something!'' They saw Timmy standing next to the red scarf with white dots.
Orky said: ''Hmm...I think...Yes. That scarf belongs to fox Lox. He lives nearby. Let's visit him.'' So, they went to his house which was under the ground. Nooky knocked but nothing happened. Nooky knocked again. Then Lox said: ''Who is there? I have got a big stick with spines that can light and emit the rays that can kill you!!! So, go away, go away!!!''
Orky said: '' Lox, Orky and Nooby are here. Hahahaha, a stick with spines...that can kill!!!  Hahaha!!! Yea, right!

Lox: ''Oh, that's you! I said all this because Dr. Broculi was here with his robots made of spoilt chocolates and old bread. I was so scared. Come inside quickly so nobody sees you!''
He explained what Dr. Broculi needs the trees and all plants for. He uses them for his new invention ''Big Bang''. The invention can destroy all carrots and berries in this world behind the portal.

Orky immediately said: ''We must stop him now!''
Scort ran through the crowd and told them he had a great idea. They all whispered something and made a plan. Lox had a big box full of costumes. Nooby took a toilet brush from the toilet for a weapon. Phonney took an umbrella and an Indian suit. Timmy dressed into a dragon costume, Orky became a pirate and Scort a Batman. Then Lox admitted that he was too afraid to fight with Dr. Broculi. They all understood.

When they came to the castle the robots were pulled out by the delicious oranges and carrots Nooby gave them. Orky, Phonney, Timmy and Scort went quietly to the 5th floor of the castle.
Dr. Broculi loudly laughed and repeated: ''Hahahha! I will destroy all dirty stinking carrots and ugly berries! Hahahhah!!!''

Orky could no longer listen to this! To offend the precious carrots and berries!!!???
They finally turned their ideas into action. They climbed onto each other and so made a shadow of a big ugly dragon on the wall.

When the doctor saw it all his books fell out of his hand, all his chemicals spilled onto the floor and created a smoke which made the dragon look even bigger and more horrible! Doctor Broculi quickly ran out of the castle and fell into a hole that Nooby had prepared as a trap. They captured the doctor and put him into an unbreakable jail. They could celebrate now! Lox treated them all with a hot chocolate drink and chocolate cookies. Timmy and Phonney went back into their world and told everybody about their experience. The story was amazing!

And what about Knockyland? Well, after a long time it was a forest land full of berries and carrots. Orky was eating them each and every day. Phonney and her brother Timmy are aging and recounting their adventures with Orky, Nooby, Scort and Lox. 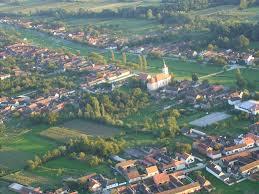