One day, and old man was looking at a photo album which showed pictures of a kid. The same kid was the younger him, happy and playing. Soon he remembered his childhood friends and how they played in the forest while the harsh winds blew.

When the weather was bad outside, they would go to the warmth of their home and pick toys to play with from their big box of different props. Someone of them were planes, football balls, robots, houses and much more. Quickly, he remembered the days of Halloween and how they used to go trick or treating in the daylight. The boy would dress up in a devil's costume with a giant broom, the girl would be an Indian with a black umbrella, the bear would be a pirate that carried a telescope and a strainer, the bunny would be a small knight with a long broom and a small shiny sheild and finally the fox would be a giant black bat.

His childhood wasn't always fun and games because one day, while walking through the area, they saw something interesting in the distance. The boy quickly grabbed his telescope to see what in the world was happening. What he saw left him shocked. The same big and green forest they we're always playing in had been surrounded by bulldozers and construction machines. Their forest was being destroyed.

Meanwhile, in a lab far far away, there was a mad scientist who was trying to develop some kind of new potion. But the formula required some kind of weird ingrediants that could only be found in a treasure chest. He just so happened to have a map with a big red „X“ sign on it.

He travelled through the mystic and old lands, went by the castle whose king was missing for decades. The giant owl which always had its big and yellow eyes wide open. There was, however, a train track that had its rails right new to the finish line. The wait was long, but he was able to catch the yellow train, which didin't always seem real. Once he got there, he found a little black cloud that was the final ingrediant.

Once he was back at the lab, he quickly whipped up the potion in a single attempt. While he was being very excited, in some way, a big creature snuck in to his lab, attacked him, stole the potion and left.

While the scientist was looking for the potion, we jump back to the kids, seeing them being all sad because of the demoliton of their forest. Quickly, the boy made a brilliant plan. He suggested that they take their Halloween costumes and go to the labaratory, the same lab that he found in his history book.

After they stole the potion from the poor scientist, they returned to their forest to use it. The boy threw the potion at the sky and it quickly became very dark and cloudy. The winds started getting faster and colder, the grass was getting wilder .... In just a few seconds, the entire forest was brought back to life. The strong winds blew away the machies and the trees were back up in the sky.

The children were happy again and that was the best moment of the old man's childhood. 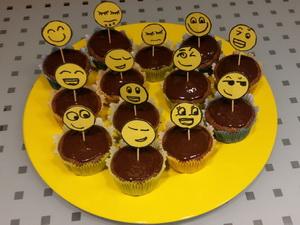