''I want you to build me a time machine'' Brendon said to his brother Joe.
''What for?'' Joe asked.
''Well, I want my grandkids to go in the past. No phones, electronic devices, microwaves. Just fun.'' Joe laughed.
''You just don't want them to use the microwave''. Brendon rolled his eyes, ''Just, build the time machine''. ''Duuudeee! I'm boooreed!'' Gerard yelled to his sister Lindsey.
''I'm noot!'' Lindsey yelled back.
Soon they heard yelling coming from the basement. They ran as fast as they could to come there and see Joe who was really scared. ''What happened?'' Linsey asked him.
''There on the wall was this shadow that scared me,'' kids rolled their eyes and turned around to go out, but Joe stopped them.
''It looked like a monster. Don't judge. It was scary''.
The Kids once again rolled their eyes and walked out of the basement to play games on their PlayStation. Lindsey woke up and looked around to see that she isn't home on her couch. She was somewhere close to mountains, dressed like an Indian chief with an umbrella. She looked next to her and saw Gerard, dressed like a red dragon with a broom in his hands, but that wasn't the weirdest thing she saw. The Chipmunk was flying in the air in a Batman costume, the bear looking like a pirate was looking at her with binoculars and holding something made for cooking. She didn't know what because she doesn't cook. Next to him, there was a cute bunny dressed like a knight without a sword, but at least he had a toalet brush.
'He must be a good fighter.' Lindsey thought. ''So, you're awake. Can you wake up your brother now so we can go?'' Bunny asked.
''Yeah sure, but, who are you?'' Lindsey asked. '
'I'm Breezy!'' Batman the chipmunk screamed as she stopped flying.
''I'm Pete and the bunny is Dallon. And you are?'' Pete asked.
''I'm confused and my name is Lindsey.'' Gerard woke up because of the noise. ''Lindsey, what did you do this time?'' Gerard asked when he saw where they are and who they are with.
''Nothing. I promise. I think microwaves are guilty. I think they hate me.'' Linsey told him.
''What's a microwave?'' Pete asked.
''You don't know what microwave is?! Where do you live!?'' Gerard and Lindsey both yelled.
''On Mars, and it's 14th century here.'' Dallon told them.
Gerard and Lindsey looked at him in shock.
'I'm going home. Somehow. I don't care how. I'm going home. Lindsey, coming?'' Gerard asked.
Lindsey looked at him. ''I want to stay and explore.'' She told him.
'It's dangerous. It's not Earth. You don't know this place. You could get killed or something. Come with me, please.'' Gerard begged her.
He didn't want to lose his baby sis, even though she wasn't a baby.
''I'm staying. Pete, Dallon and Breezy will be here with me, so it won't be dangerous.'' Gerard shook his head.
''Fine, but come to me if something bad happens.''
With that he left. Alone, on a different planet.
''Please don't destroy this forest. It's my home. Please!'' Sarah the Fox cried as people who didn't care about it destroyed the forest where she lived for fifteen years.
''We don't care. Go to some other forest, this isn't the only one here.
''Someone told her. She took her things and started a journey to her new home. Gerard wandered through some city, hoping he would find an adult that could help him go to Earth again, but he saw nobody. After a day of looking he just gave up and went into some forest to sleep there. He sat on the ground, hugged his knees and looked at the beautiful black sky. Soon, somebody joined him. It was Sarah.
''What's your name, kid?'' she asked.
''Gerard.'' He told her, not looking away from the stars.
''I didn't see you here before. What brings you here?''
He told her the story. ''I'll help you find your sister and you can go home then.'' Gerard hugged the tiny fox.
'Thank you. What if my brother is dead? I didn't see him in 24 hours.'' Lindsey panicked.
''He's alive I promise.'' Pete assured her.
''Let's build a snowman!'' Breezy screamed as she throws the map of the desert they're in.
"Not a good idea. 'We're in the middle of the desert. How are you going to build a snowman?'' Dallon asked.
Breezy looked down sadly. She can't build a snowman.
''Hey, look. It's Gerard.'' Pete said as he looked through his binoculars.
''And some fox.'' Breezy added.
Lindsey decided that it's a good time to scream, ''Gerard!!!''
And he turned to her and started running to her, Sarah close behind. Brother and sister hugged each other like their life depended on it.
'I thought you died.'' Lindsey confessed.
''I thought we'll never see each other again.'' Gerard said.
Pete came up with an awesome idea, ''Let's party!'' Everybody agreed and they went to the forest where Gerard was staying that night. They were partying their hearts out when, something they didn't want to happen, happened. The thunder hit Gerard. The thunder made in Joe's lab. Lindsey knew it was from there because when their grandfather was talking to Joe about the time machine there was something about thunders that will bring them home. How did she know about that conversation? Lindsey ran to him as fast as she could and started shaking him, but he didn't wake up.
''Lindsey, wake up!'' Gerard was shaking her.
She looked at him and hugged him tight.
''We'll, someone is in a good mood.'' Gerard said.
''Yes, I am. Let's play!'' She told him as she let go of him.
Together they went into the attic and started playing, being watched by the stuffed bear, the chipmunk and the bunny. 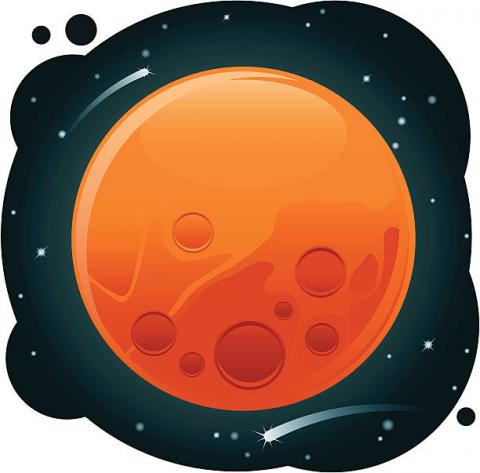