In the middle of 19th century first Astarelian kingdom was Welback. King who ruled at that time had two sons, and he decided to give everything to his younger son, Mark. Mark got married and had one daughter Mia. Mia was a very beautiful young lady who got married to a young man who wasn’t royalty and they had two children James and Sofia.

James and Sofia were two loving children who loved to play with their friends: Teddy the bear, Vanda the squirrel, and Wolfy the bunny. They loved to play in the woods and most of all they loved to visit their grandfather. At the beginning of an autumn James and Sofia along with their friends paid a visit to grandfather. They were very happy when they have arrived, and started to play outside. After a while is started raining cats and dogs, children went into the house. They sat down in the around the fireplace and grandpa took his old photo album and started telling stories. They came across a picture of a strange looking man with pale skin and strange looking hairstyle. That was grandfathers older brother Alfred. Grandpa started telling story about his brother.

At that time Alfred was in his lab surrounded with his innovation and paperwork. He was working day and night to make his cruel plan into a reality: Pollution of the planet and controlling the weather.
At 8pm grandfather told children to go to bed. James and Sofia brushed their teeth and went upstairs. Before they got their pyjamas they opened an old chest which was on the floor of their room. In the chest were their old toys and they decided to play since they couldn’t sleep. After some time James and Sofia they have remembered the photo of Alfred, and they wanted to take another look at it. Grandfather was asleep. They took photo album and as started taking out the photo a piece of paper fell on the floor. James took the piece of the paper and unfolded it.
It was a map. They were stunned. An old castle, woods, mountains and the most interesting was the big red cross. They tried really hard to read the map, but the only thing they  have realised is the old castle which belonged to their family.

It was a big mystery. They couldn’t sleep all night long. When the Sun rose they were ready to start their adventure. Decision was made, first they are looking for the location of the big red cross. They took Grandfather`s binocular to look for the big red cross. They couldn’t find their way because big black clouds were in the sky and they couldn’t see well.
Since they weren’t experts in reading maps they ended up on a wrong way. Pathway led to a small house which looked lively with big eyes and mouth. They were terrified with one question:” Who lived there?”
When they opened the door forest fairy smiled at them. She knew everything about their adventure and decided to help. She made them costumes: James was a big, scary red dragon, Sofia was an Indian lady of the Sun, Teddy the bear was a mighty pirate, Vanda was a superhero, and Wolfy was a noble knight. At that moment they were ready to overcome all obstacles on their adventures way. They have continued, and came into a place where was a big forest. Someone have cut all trees! Foxy the fox was only resident still there, and she told them everything about metal monsters which came one night and destroyed her home. James and Sophie knew that someone or something was behind that, and promised Foxy to help.

They were even more determined to stop bad creatures in destruction of their loving forest.
Soon they found themselves in front of big mountain range. At the top it seemed like mountains were wearing beautiful white caps, and at the bottom there was a big entrance. Their curiosity brought them closer, they heard voices and after a while they saw elderly man from the photograph. He was very busy, working very hard on something really strange they thought. He looked back towards big round clock on the wall. It was 1pm, and he was in a hurry. He left the room. They came up a brilliant plant. They will play with Alfred`s mind using shadow and their costumes, and will pretend to be a big dragon. After twenty minutes Alfred came back, and they knew that this is the right moment. They formed the dragon and Teddy the bear started to growl. Alfred got scared, at one point he even managed to look back, his hands were trembling. He ran away as fast as he could, and on its way out he broke the most important part of his experiment. He was devastated. Forest fairy who helped friend gang enchanted Alfred. For the rest of his life he will be cleaning forests and helping people and animals to live in clean environment.

They have succeeded. Magical forest was clean and healthy. Children could play with their friends.  Foxy and the rest of the forest animals could live in peace. 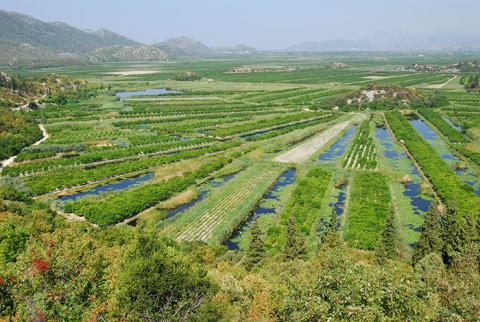