One day in the afternoon an old man, known as Jerry, starts looking at his old photo about his childhood. He calls it The good old days. In the album there are many beautiful photos about his life in younger age. But they don't just remind him about his life when he was young. They also remind him about some bad stuff that he has been going through. Let me tell you a story about our old grandpa Jerry! Jerry lived with his mum, dad and a sister Alice. They were so close to each other and they did everything together.

One day they were so bored and they didn't have any mobile phones, or Wi-Fi so faith brought them together and they actually had to talk to each other and play. Isn't that strange? Anyway... They went upstairs to their rooms to play hide and seek and Jerry hid himself in the attic. Alice found him after very long time and noticed something strange was going on in the attic. She saw Jerry trying to find out the way to open an old brown chest. At first they were both really confused because they never saw that before in the attic. They were trying to find a key to open the chest. Jerry gave up but Alice didn't. And then from nowhere Alice found a little golden key in the mouse hole. Jerry took the key from Alice and he opened the chest. BAM! They found a bunch of toys and some weird costumes. They took a bunny, squirrel and a bear. "Finally!" - animals said at the same time. "We have waited for this for hundred years!" Alice and Jerry were so scared and they threw all of them in the trash. But, they were so loud so Alice and Jerry couldn't stand that anymore. They picked up them from the trash and tried to calm themselves and the bear and the bunny and the squirrel. And they introduced themselves of course. The Honey Junior a strong and brave bear from The Weirdutiful forest, a son from Manda and Honey Senior. Then we have the Not Funny Bunny. He is known for the most boring and awful jokes but he has got big heart and big muscles so girls like him. And then the prettiest squirrel from The Weirdutiful forest known as Hazy. Maybe she is a woman but she can eat more hazelnuts than anyone alive on the Earth. After a long talk Alice and Jerry weren't so scared anymore and all of them talked and laughed all night in the attic. Then when they went to the bad Hazy started crying. Alice and Jerry heard the cry and ran upstairs to see what was happening. Hazy couldn't talk so Honey told Alice and Jerry the situation. Not Funny Bunny dreamt about his girls and laughed so hard, probably about his own jokes so he didn't hear a word. Anyway, let's back to the story... They aren't here with Alice and Jerry to play or to just say they are here because their home isn't theirs anymore. Chemy Lukas, the worst scientist in the world, occupied The Weirdutiful forest and burnt their homes and took everything from them. He even separated them from their families. And that is a reason why Hazy is sad. She really misses her family and hazelnuts, of course. Alice and Jerry knew how she felt because their parents are always working and they never have even a second for their kids because every day they go to the bunch of business trips so they are often at home alone After that all of them fell asleep in the attic and the day after, when they woke up they all agreed about one thing: to bring them back to The Weirdutiful forest and give them their homes and families, too. Alice, Jerry, Not Funny Bunny, Honey and Hazy took a chest and tried to find a way to The Weirdutiful forest. They found a map with some weird signs which they were no able to understand and then the map grabbed all of them with its four hands known as North, South, East and West , put them into the chest and sent all of them to The Weirdutiful forest . The chest left them few things they might need to. So Jerry took a binoculars and tried to see that beautiful forest they were talking about but it wasn't that beautiful at all. The forest didn't have any trees or any flowers. It was grey and it stank very much. But that bad situation didn't discourage Alice and Jerry in their goal to help their new animal friends. So all of them put some weird stuff and costumes on and bravely went to the lab in the house of Chemy Lukas . While he was doing some experiments they scared him and he got into to the big trap between five really big hearts and his, but he actually didn't have one so of course they won.

After that they put him into the prison and found all the animals and families he separated. Alice and Jerry planted new trees, flowers and The Weirdutiful forest had its beauty again. Alice and Jerry came back to their house and they have had beautiful life since then. 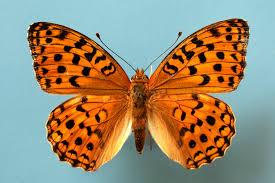