The adventure of a little Fox

A few days ago an old man found an album with pictures from his childhood. He remembered how he and his friends solved “a case” about some crazy scientist. The story goes like this:

Many years ago crazy scientist was making an experiment. He wanted to change the world with his new invention, and of course, he wanted a lot of money. He thought that he is the best and that only he can make something that will blow peoples minds. When he started working on it, he realized that his invention will require a lot of trees. He was selfish so he didn't care about the animals that lived in a forest from which he will take all the trees. He sent some people to cut it all at night, when people are sleeping, so no one can see him. He was so lucky that there were no animals in the forest that night, except one little Fox. She was forced to leave her home. She took all of her stuff and started looking for a new home. She was so sad that her eyes were full of tears. After days and nights of walking she saw a beautiful forest full of pretty flowers and trees. When she came closer, she saw a little Boy and a Girl, a Bear and a Rabbit. At first, she was scared but soon they all became good friends. She told them how she ended up in that forest. They were so sad for here and they said to her that they will help her find that scientist and take a revenge on him. But first, they rested a little bit and played some games and then they went on adventure. While they were walking, Boy saw something in the distance. He put on his spyglasses and saw a map lying in a grass. They took it and they saw an X marked a spot where was treasure. They were so happy because they found it. They followed the map and after some time they found a chest full of toys and crazy costumes. They masked themselves and continued their adventure. Little Fox was so happy that she found herself a friends like them. That was the time she was the happiest.

It was getting dark and they were all so tired. Bear saw an old house and they agreed to stay in it for one night. They settled in and went to sleep. Early the next morning, five friends were already walking to scientist’s house. Few hours later, Rabbit saw some strange house and assumed it was the scientist’s. They got closer and he jumped to see what is inside the house. He saw just the right guy they were looking for – the scientist. The other ones went inside the house and scientist heard some voices. He looked around and saw them. He screamed out of fear and started running. They got to him before he managed to run away. They caught him and closed him in a room so that he couldn’t escape. Soon they saw that he didn't have a permission to cut all that trees. Boy called the police and few moment later the police arrested the scientist.

Five friends came back home and Fox was so happy that the scientist got what he deserved. They took pictures as a reminder of a wonderful adventure. Fox fell in love with her new home and she decided to stay there with her friends who are funny and love to play with her. 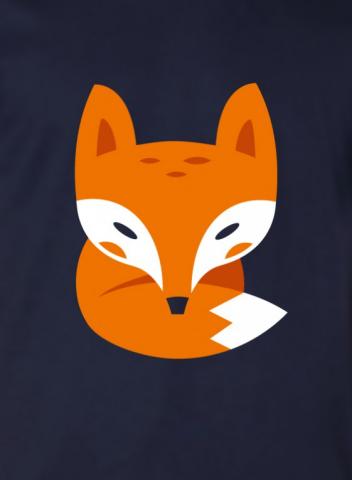