The mystery of my grandfather's story

My grandfather always told me a story. It was about adventures. He told me he was in that story but I didn't trust him. You can hear it and this is how it goes.

Once upon a time there were two children who played with their toys. The boy found some strange map and he said: “Let`s go to our grandfather's!“ The boy gave the map to the grandfather. The grandfather had an idea. The children were confused and suddenly they heard an explosion. Pppuuuuufffffff!!!!!!

The girl opened her eyes and realized that she was in the map with the boy and the grandfather. They were playing with a bear, a bunny and a squirrel. They were running but that world wasn´t so perfect.

The boy took the spyglass and saw the fox crying because her home was destroyed. The boy said: “We are going to defend this world!“ So the girl said: “We are going to be heroes!“ They went to the ones who destroyed the squirrel's home and said: “Stop right now!“ They screamed but they didn't stop. The children went to get some help because the people refused to listen to them. They went back to punish them and they were running and screaming. The evil gang was running for their lives.

So, you think this is the end? Well, you're wrong. Something was missing with the part about the grandfather. He was in the street fighting with the monster. The kids were trying to help him but he disappeared and nobody will ever know where he went. That is the big mystery that my grandfather told me about. 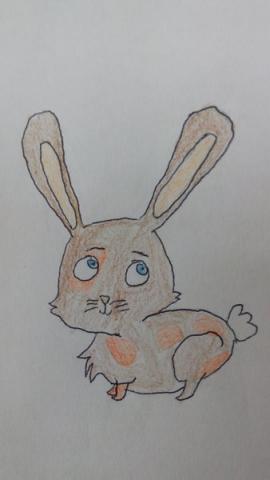