Once upon a time there was an old toybox in the attic. Then one day the door opened and a boy, a girl, a bear, a rabbit and a squirrel entered. They looked in the box. The toybox was made out of hardwood and brass. There were many toys: a ball, a robot, a plane… But also a map! It was a map of a forest. Our friends decided to go there and see it.

When they arrived, they saw a beautiful forest. They played and played. Suddenly, they saw something far away. The boy took his binoculars, looked through them and saw a small house. They went through the forest but when they got out they were different. The forest used magic to transform them! They looked scary and wore white coats and black boots. There was a little house where a funny man made experiments. His worktable was full of strange instruments and he took each of them carefully into his hands. When he turned on the lights he saw shadows on the wall. He was so afraid that he ran out of the house far, far away.

When the man left, the light bulb exploded. The house was ruined and there was a fire. The fire destroyed the forest, but our friends got away. Later, the boy became an engineer and built a big city with lots of colorful buildings, in the place where the forest once stood. But when he got old, he remembered the forest and he was sorry it was destroyed. 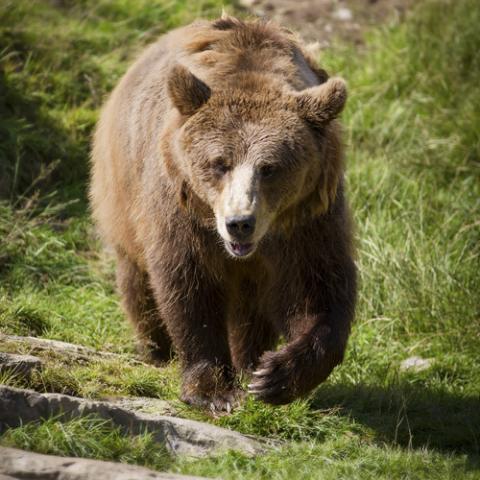