Once upon a time there lived a crazy scientist in a big dark castle. One day he worked on a project that was supposed to accelerate the growth of trees.His intentions were good but the experiment went all wrong, the product of it was a horrible machine that  destroyed the forest.On the other end of the country children were playing in the forest. The oldest in the group was Jimi,a brave and smart kid and Bruno was a big bear,always hungry but good-natured. Lara was a kind girl with dark hair and beautiful eyes. Anne was a small furry bunny and Brittany was a funny brown squirrel.They were best friends. After the game they went home to have lunch. When they came back to the forest, there was only a big evil machine. The children hid behind a tree trunk.The machine left quickly. The children saw it through the binoculars. They decided to find it and  shut it off, but first they had to find out where it was.They found a map to the scientist's castle. They put their Halloween costumes on and started  making a terrible noise. Jimi was a scary dragon, Bruno was a pirate, Anne was a knight with a broom as a spear and Lara was an Indian painted in war colours.They found the  evil machine and shut it off. It was many years ago. And today they remember how brave and fearless they were and how they saved the forest of their childhood.
THE END 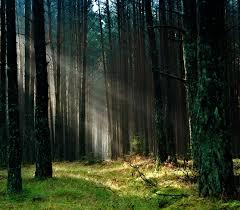