One late evening in a little town there was an old grandpa Kevin. He was sitting in his chair under the lamp in his workroom. He was really old. He was bald, wearing glasses, he had white moustache, but he was still happy. He was in his red pullover watching an old photo album with pictures from his childhood. In the pictures the nature was beautiful. That town had one of the most beautiful forests. He had a lot of amazing memories from that time. He is always telling stories about that forest, especially to his grandchildren. People in that town are really taking care of that forest. Nobody would ever let anyone destroy it. But there was one problem. There was one crazy man called Dr. Frank. He wanted to destroy the forest so he could build a huge factory for his projects and experiments. He did not like nature. He wanted to destroy every single forest for his idea. For now he was in his lab. He was working on his projects day and night. He was always wearing his big glasses, white suit and huge green gloves. He was thin whit grey hair and huge red nose. He looked like a real crazy psycho. He already prepared his tractors and machines for the destruction. Nobody knew about his plan until one day Vanessa and Cole with their friends Bear, Bunny and little squirrel saw something terrible. They were just playing in the forest like every day and then they saw tractors with their telescope. They also saw weird man evil laughing and walking around the machines. They knew something wrong was happening. They decided to stop that man and save the forest, their home and happiness. Vanessa and Cole were Kevin’s grandchildren. They were really sad and they were trying to get an idea how to stop that crazy man (Dr. Frank). After a few moments Vanessa got a great idea. They ran to attic at grandpa's house and they saw a huge chest in the middle of the room. They found a lot of interesting stuff and costumes but the best thing they found was a huge map of the town. After looking at the map they saw a huge red X in the middle of the forest. Around the sign X there was a destroyed forest. Now they were sure what the crazy man’s plan was. They picked up their costumes, weapons and decided to go to the tent because they realized that is the place where the crazy man lives. There was no time to wait. Tomorrow morning they went to save the forest. Cole had a costume of a big red dragon, he had his backpack and a broom in his hands. Vanessa was an Indian, she had a blue shirt with the sun on it, huge feather hat and a black umbrella in her hand. Bear had a pirate costume and a huge spoon in his hand. Bunny was a knight and a little squirrel was a Batman. They looked really dangerous and scary together. They had a long walk until they came in front of the tent. That was not just a regular tent, it was as big as a little house. They could hear an evil laugh inside the tent, they were sure that it was the crazy man. They were nervous to do what they wanted. They didn't know how dangerous he could be and what could be inside that huge tent. Together they looked like a big monster. When they suddenly went in, Dr. Frank freaked out. He started screaming and he ran away. Vanessa, Cole and their friends were the happiest and the bravest children ever. They saved the forest, they were heroes. All the people from the town were thanking them. They were really proud, especially their grandpa who made a big cake for the little heroes. He told them that he was a really good friend with Dr. Frank when they were younger. At that time Dr. Frank was just a regular kid. But suddenly he pulled into the dark and started working on his crazy project. Everybody was happy that all that mess was over. Everything was back to normal again. Dr. Frank never came back again, he was so scared that he never destroyed any forest again. Children were playing in the magical forest every day after that. They were the happiest little heroes ever. 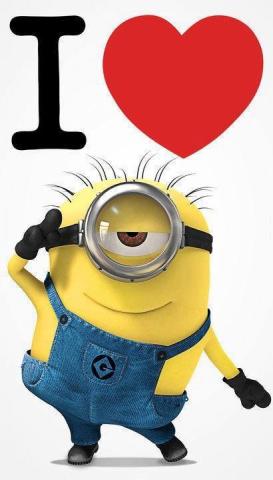