The cloud of memories. And the dragon

Prince Liam was desperate for company. He couldn't bare being alone, stuck only with his toys. The worst fact was – he was in huge castle with even bigger yard and he didn't know what to do. He thought he's the unhappiest creature in the world, but he soon realized how selfish he was. He wanted everything, and yet got nothing. Until that day.

When he woke up at the time he usually wakes up, he saw a letter standing on the night table. It said: 'Only you can help' and a map was inserted. The map was drawn by hand, really thoroughly. The prince was worried – it couldn't be a prank. Somebody really needs his help. He took all the things he may need and went on the road. He followed the map to the place that was marked. Of course, he hasn't told anything to his mother. She wouldn't let him go. But he must. He must help. 'Why would I bother her? She doesn't even notice me.', he believed. And that wasn't so far from the truth – his parents were so busy with work they didn't have much time for him.

And the prince walked. Through the woods, past the rocks, in the heat and finally arrived. But where?  Forest and a girl, that is all he sees. A girl so familiar… Yes, he remembers now. His friends: a bear, a fox, a rabbit – and his old sympathy, Sarah. Yes, he remembers those times… They were such good friends. Until his father became the king. His parents then forbade him to hang out with them. They banned him from going into the woods. Their forest. The place of his childhood.

Fifteen years old prince was smart enough to realise what's happening. He didn't want to disobey his parents, but he couldn't allow people to erase his childhood. His forest. Sarah's look said more than a million words. Only he can help. The prince smiled and hugged her.

'They are going to do some sort of experiment!', said Sarah. 'I know what your parents said, but you won't let this happen, will you?'

Liam smiled again. 'You are my friends no matter what. I'll help.', he turned to the fox.

'If they do this, I will not be able to live anymore', she whispered. But the prince had an idea. He asked Sarah to take him to her house and get changed. At first, she was suspicious, but she soon found out what his plan was.

They disguised themselves as a big dreadful dragon and broke into the lab frightening people around them. That way they forced the chemist to give up on idea of clearing out the forest. They could be happy again, even though they have broken the rules. Even if the queen was angry and scared to death for her child. Prince Liam admitted his feelings about their relationship to his mother. Mother didn't mind. She swore to take better care of her angel. To take care of her people. And her woods.

Liam woke up from his deep dream. It seemed like reality! He took his old photo album and looked at himself. His friends. His old asylum. Flashback to the meadow which becomes a construction site. What a shame he wasn't brave enough like young prince Liam was. What a shame. 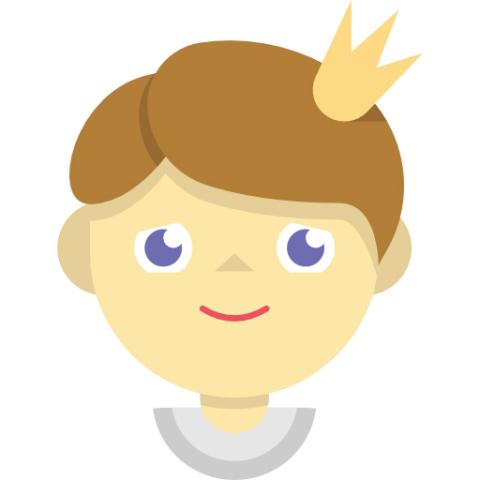